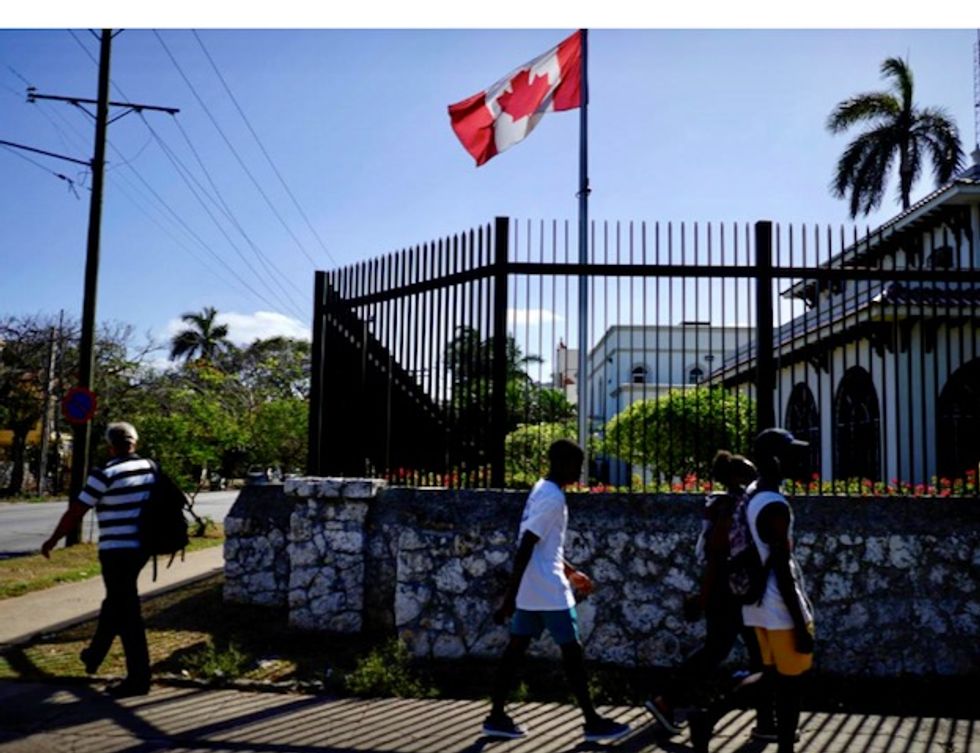 Canada said in April it would remove the families of staff posted to Havana, where both Canadian and U.S. diplomats have complained of dizziness, headaches and nausea.

The diplomats complained that the foreign ministry - unlike the U.S. State Department - had said very little about the matter in public and did not appear to be making their case a priority. Getting specialized medical care has been difficult, they added.

“We did not expect to be abandoned, or more precisely, sacrificed - that’s how we’re feeling now,” the paper quoted one of them as saying.

Several of those affected believe Ottawa has said little in public because it wants to maintain friendly relations with Cuba, the Globe added.

An official at the Canadian foreign ministry did not respond directly when asked about the diplomats’ complaints that they had been abandoned, but said the situation was very difficult.

“It is really an unprecedented type of incident, which has a lot of uncertainty. Our response to it has evolved since we first became aware of it,” said the official, adding that Ottawa had done its best to make medical care available.

The official requested anonymity because they were not authorized to speak to the media.

U.S. and Cuban officials met at the State Department in September to discuss the mysterious health problems. The United States has reduced embassy staffing in Cuba from more than 50 to a maximum 18.

NBC News said in September that U.S. officials believe the health problems may have been caused by sophisticated electromagnetic weapons.

The Professional Association of Foreign Service Officers (PAFSO) - the union representing rank and file diplomats - said the initial government reaction had been inadequate, in part because no one had experience of such a problem.

“Everyone is worried because if you don’t know what something is, and it’s unpredictable, nobody can say for sure that (it) isn’t going to happen again,” PAFSO president Pamela Isfeld said in a phone interview. “I totally do not blame them for being very unhappy with this.”

Adam Austen, a spokesman for Canadian Foreign Minister Chrystia Freeland, said she was deeply troubled by the health problems the diplomats were experiencing.