‘Can’t make it up’: MSNBC anchor shocked that Broward numbers won’t be accepted for being 2 minutes late 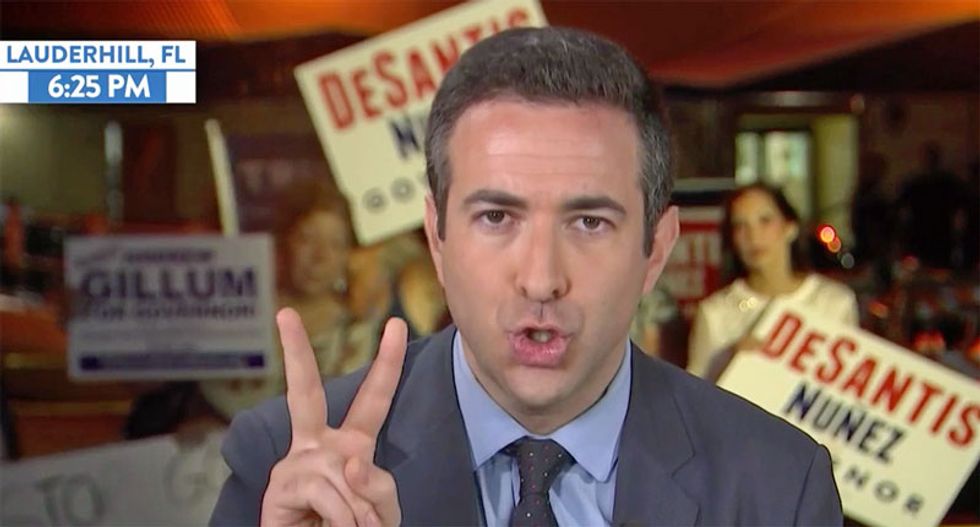 Host of 'The Beat with Ari Melber' on MSNBC

Reporting live from Broward County, MSNBC anchor Ari Melber was flabbergasted on Thursday to learn the latest breaking news about the Florida recount.

"Breaking news out here in Broward County and I mean breaking," Melber reported.

"Broward County admits they submitted their recount numbers two minutes late and thus, under the rules, the results apparently will not count," he reported.

"I want to tell you what that means," Melber continued. "The entire developments, the drama, the protest, the counting, everything going on behind me the last few days -- according to this breaking news -- that would be for nothing, because the state is going to use the original vote totals while this manual recount proceeds under state law."

"You can't make it up," he continued.