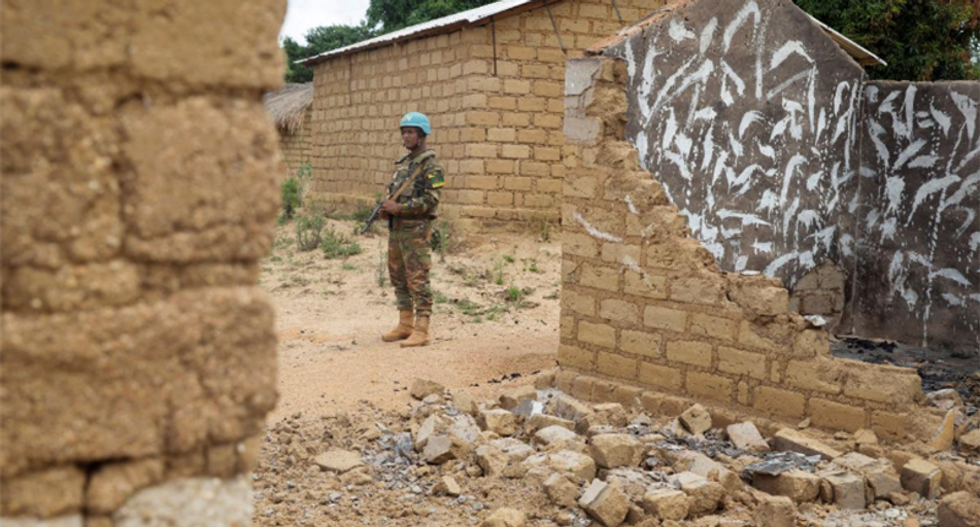 A war crimes suspect wanted for alleged murder, deportation and torture of Muslims in the Central African Republic has been handed over to the International Criminal Court in the Hague, the tribunal said.

CAR officials transferred Alfred Yekatom on Saturday to officials from the global court, which is looking in more than six years of violence that has destabilized a fragile region at the heart of the continent.

Yekatom, a sitting MP once nicknamed “Rambo”, was flown out of the country and arrived in the court’s detention center in the Hague in the early hours of Sunday, officials there said.

There was no immediate comment from Yekatom or any lawyers representing him.

A U.N. commission of inquiry found that Christian militias under Yekatom had carried out war crimes and crimes against humanity by targeting Muslims.

The International Criminal Court - set up to prosecute the worst crimes when member countries can not or will not do so - issued a sealed arrest warrant for Yekatom on Nov. 11.

“Now, he must answer in court for his actions.”

Bensouda is carrying out two separate investigations into conflicts in the Central African Republic. Yekatom’s arrest is the first in the more recent conflict.

A pre-trial chamber found reason to suspect Yekatom of commanding around 3,000 members of an armed group operating within the Anti-Balaka movement, which was carrying out systematic attacks against the Muslim population.

Among the charges in the warrant are murder, cruel treatment, deportation, imprisonment, torture, persecution, enforced disappearance, and the recruitment of child soldiers under the age of 15.

The former French colony, one of Africa’s poorest countries despite reserves of gold and diamonds, was plunged into chaos when mostly Muslim Seleka rebels started attacking towns and grabbing territory before seizing power in March 2013.

Seleka’s rule prompted a backlash from Christian militia known as anti-balaka. Under international pressure Seleka handed power to a transitional government but the move effectively partitioned the country and bloody clashes continue.

No date has been set yet for Yekatom’s initial appearance, but he must be brought before a judge within several days under court rules.