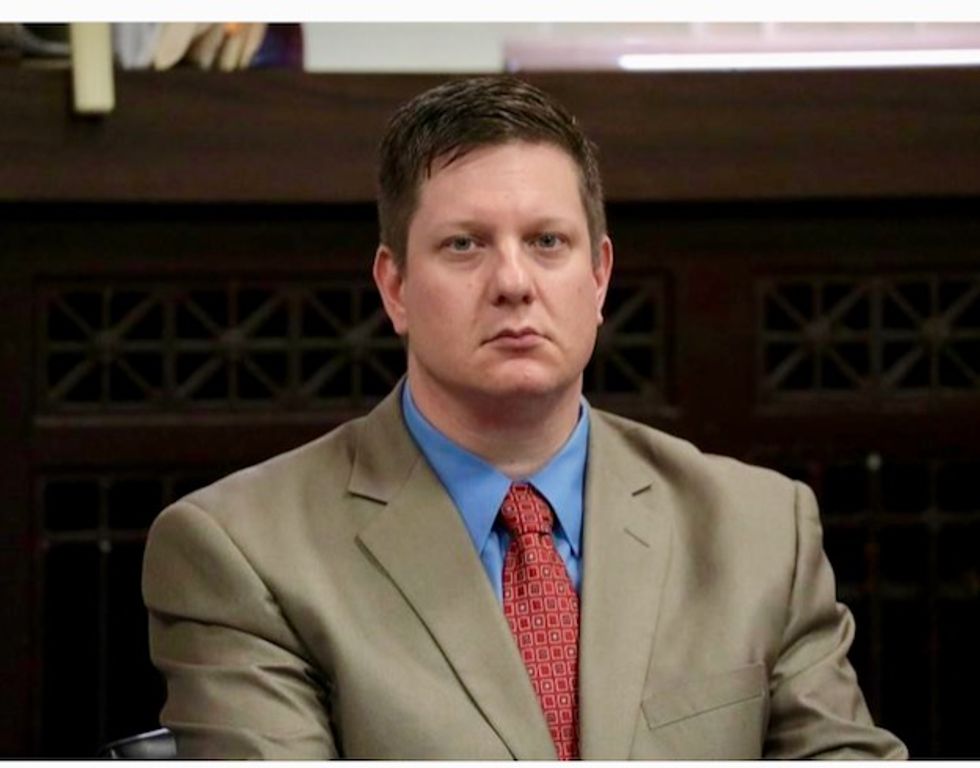 Three Chicago policemen conspired to protect a fellow officer after he fatally shot a black teenager in 2014, a prosecutor said on Tuesday, even though there was a video of the shooting that helped to convict former officer Jason Van Dyke.

Prosecutor Patricia Brown Holmes said in her opening statement that the defendants, David March, Joseph Walsh and Thomas Gaffney, offered accounts of the deadly incident that conflicted with video evidence. Laquan McDonald, 17, was armed with a knife when he was shot 16 times.

The defendants have pleaded not guilty to charges of conspiracy, official misconduct and obstruction of justice. The bench trial is expected to run into next week.

In October, a jury found Van Dyke, who is white, guilty of second-degree murder in the shooting of McDonald, in a case that had laid bare tensions between the black community and police.

“Instead of serving and protecting all citizens of Chicago the defendants tried to protect only one – Jason Van Dyke – by trying to create a false justification for the shooting of Laquan McDonald,” Holmes said.

The Van Dyke verdict was the first time an on-duty Chicago police officer was held criminally accountable for the killing of an African American. The conviction followed numerous acquittals or mistrials of police officers facing criminal charges across the country in the deaths of black men.

Defense attorneys said in their opening statements that the prosecution’s case lacks evidence.

“Whatever your feelings are about Jason Van Dyke, whatever you believe about his actions, that’s different than what these men did and what these men wrote,” James McKay, March’s attorney, said.

A dashboard camera video of McDonald’s shooting prompted days of protests, the ouster of the city’s police superintendent and calls for Chicago Mayor Rahm Emanuel to resign. The clip was released by the city more than a year after the shooting in response to a Freedom Of Information Act lawsuit.

Van Dyke, 40, is in jail awaiting sentencing. He faces up to 20 years in prison for the second-degree murder conviction and up to 30 years for each of the 16 counts of aggravated battery, one for each shot he fired at McDonald.

Walsh and March, who was a detective, are no longer with the force. Gaffney was suspended without pay.

Reporting by Suzannah Gonzales in Chicago; Editing by Frank McGurty and Matthew Lewis