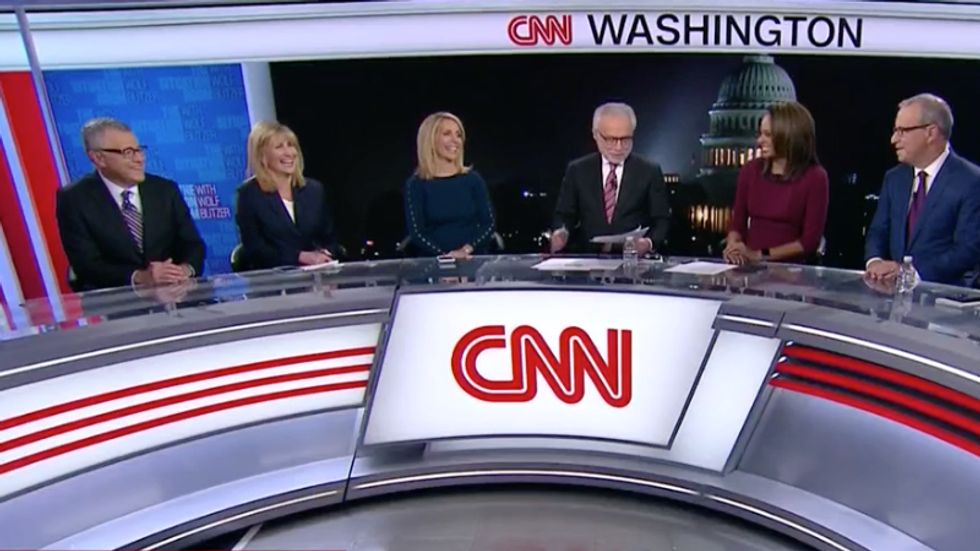 With less than 24 hours from the midterm election, a panel hosted by CNN's Wolf Blitzer busted into laughter after watching a video of President Donald Trump boasting about how the election is all about him.

"The president can't seem to make up his mind if this election is all about him," Blitzer said.