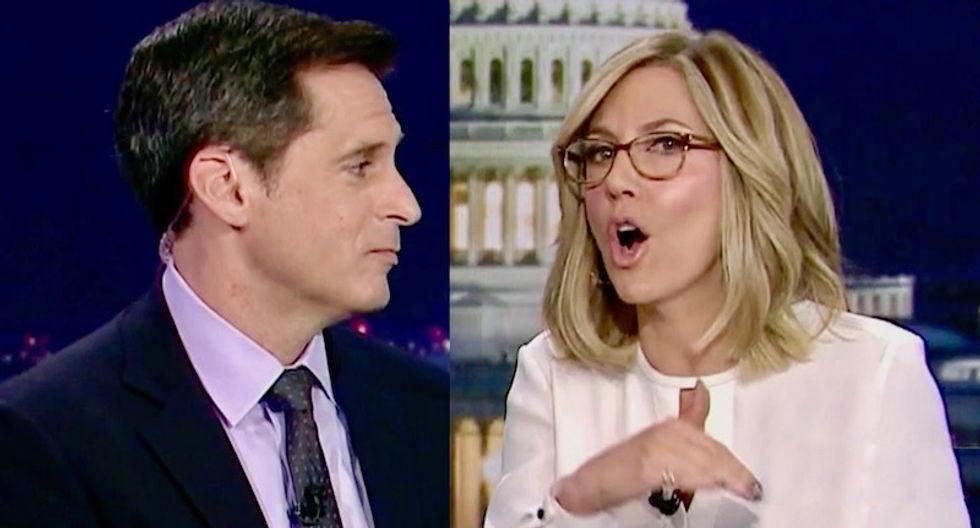 Hours before, Hannity had pledged the opposite and criticized reporters who said he would go onstage to campaign.

"To be clear, I will not be on stage campaigning with the President," Hannity said before being on stage to campaign with the president.

On Tuesday, a CNN panel reacted to Hannity's behavior. Anchors Alisyn Camerota and John Berman both agreed that Hannity's actions were a different sort of thing than you typically see from even partisan hosts, and wonder aloud what people would say if CNN's nighttime anchor Don Lemon went onstage to campaign for a candidate.

"There was really a remarkable moment in journalism last night," Berman said.

Camerota gave him an incredulous scowl.

"I think you're stretching the use of 'journalism,'" she said.

As Berman explained the situation, Camerota cringed and looked down.

"Who does he think he's fooling?" Camerota said. "Here's what's going on at Fox. They know, vaguely, that they're not supposed to have one of their hosts endorse a candidate or party, but Sean Hannity can't help himself... they're having a schizophrenic moment over there, trying to figure out what their role is supposed to be."

Camerota then said there are "complications" when Fox News "tries to call itself a news organization."