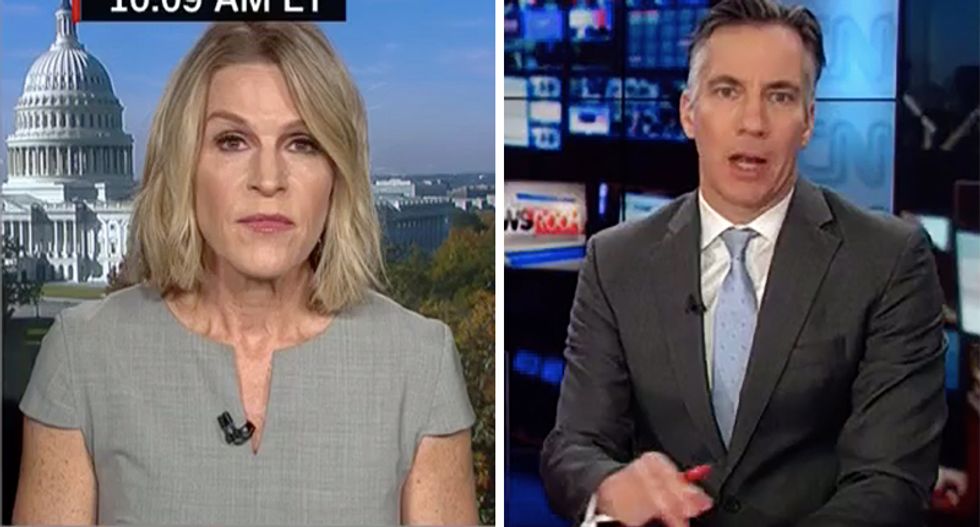 While the ethics of President Donald Trump's racist ad might be obvious, the truthfulness is something conservatives maintain is spot on.

“Democrats let him into our country...Democrats let him stay," the ad alleges. It implies that Democrats are allowing murderers to come into the United States to kill Americans and everyone should be afraid enough to vote Republican.

While liberals are focusing on the racist nature of the ad, the facts are that Bracamontes was actually deported twice by Democrats.

CNN host Jim Sciutto asked conservatives Alice Stewart and Mary Katherine Ham if it even mattered whether the ad was truthful or if it's meant to motivate Trump's base regardless of accuracy.

After calling it "heavy-handed," Ham said it was absolutely targeted at the base and will likely turn away independent and moderate voters, particularly in suburban districts where Republicans are barely holding on.

Stewart, by contrast, said it was "inaccurate" to call the ad "racist," noting Trump is simply trying to campaign on border security.

"But does it matter, Alice, if it was factual? Because this guy was deported. Because the implication of the ad is that he was going to be welcomed back into the country after these crimes, when that's just not factually true?" Sciutto asked.

Stewart refused to answer and instead accused Sciutto of not caring that the man killed a police officer.