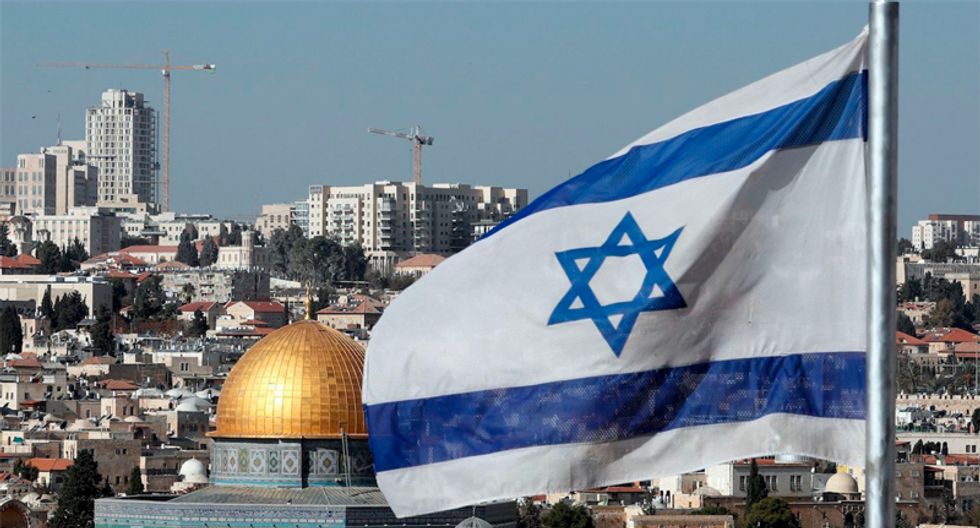 A clash that erupted during an Israeli special forces operation in the Gaza Strip and killed eight people threatened Monday to derail efforts to restore calm to the Palestinian enclave after months of unrest.

The dead from the incident late Sunday included an Israeli army officer and a local commander for Hamas's armed wing. Prime Minister Benjamin Netanyahu cut short a trip to Paris and rushed home.

Sirens rang out in southern Israel into the early hours of Monday after the clash, signalling rocket fire from the Gaza Strip.

Israel said it identified 17 launches toward its territory, with three intercepted by missile defences. No injuries were reported.

While the clash threatened to upset weeks of efforts to end unrest along the Gaza-Israel border, calm returned Monday and Israel stressed its covert operation was an intelligence-gathering mission and "not an assassination or abduction."

The statement signalled that the mission did not go as planned and resulted in the clash, which Palestinian officials said included Israeli air strikes.

An Israeli ground operation to kill or abduct militants inside the Gaza Strip would be rare.

Hamas, the Islamist movement that runs the blockaded enclave, spoke of a "cowardly Israeli attack" and vowed revenge.

Al-Qassam agents stopped it and wanted to search it, realised it was an Israeli operation and confronted them, it said in a statement.

An exchange of fire followed in which local Al-Qassam commander Nour Baraka was killed along with another militant, it said.

The car then attempted to flee and Israeli aircraft arrived to provide cover while opening fire.

An Israeli helicopter landed near the fence and took away the special forces, according to Al-Qassam.

Israeli military spokesman Jonathan Conricus declined to comment on the Al-Qassam account "because of the sensitive nature of the operation."

Six were Al-Qassam members, while the seventh was part of a separate militant alliance known as the Popular Resistance Committees, according to Gazan security sources.

Israel's army confirmed one of its officers, a lieutenant colonel, was killed and another was injured.

It provided few details on the operation, saying it was carried out by special forces and resulted in an "exchange of fire."

Netanyahu, who attended World War I commemorations in Paris and was to meet French President Emmanuel Macron on Monday, arrived back home and convened a meeting of security chiefs.

A funeral was held for the seven Palestinian militants on Monday attended by thousands, including masked Al-Qassam members carrying rifles, some firing into the air.

On the Israeli side of the border, residents said they stayed close to shelters throughout the night.

"I was sitting in my living room and around 10 pm or 11 pm, I suddenly heard the sound of helicopter gunships firing," said Gadi Yarkoni, head of a regional council in the area and a resident of Nirim Kibbutz.

"It was right above the village I'm living in. It was very unpleasant."

The clash came after months of deadly unrest along the Gaza-Israel border had appeared to be calming.

Recent weeks have seen Israel allow Qatar to provide the Gaza Strip with millions of dollars in aid for salaries as well as fuel to help ease an electricity crisis.

Netanyahu had earlier defended his decision to allow Qatar to transfer the cash to Gaza despite criticism from within his own government over the move, saying he wanted to avoid a war if it was not necessary.

Israel and Palestinian militants in Gaza have fought three wars since 2008, and recent months have raised fears of a fourth.

Deadly clashes have accompanied major protests along the Gaza-Israel border that began on March 30.

At least 228 Palestinians have since been killed by Israeli fire, the majority shot during protests and clashes, while others died in tank fire or air strikes.

Two Israeli soldiers have been killed in that time.

Egyptian and UN officials have been mediating between Israel and Hamas in efforts to reach a long-term truce deal.

"Israel has no interest in risking the process," Michael, a former deputy director-general of Israel's strategic affairs ministry, told AFP.

"Hamas too is not rushing to end the process. Its reaction was measured and contained," he said.