Donald Trump makes celebration of Orrin Hatch about himself: 'He liked me, so I like him' 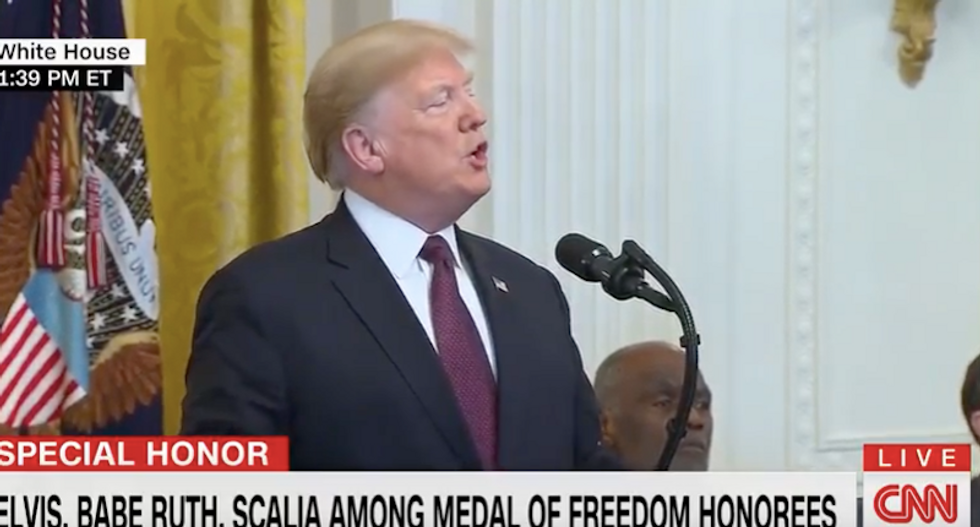 He also showed his respect to Republican Senator Orrin Hatch, who served his last term in Congress.

"Orrin Hatch ... he liked me right from the beginning, so I like him," the President joked, drawing laughs. "I'm not supposed to say it, but that's the way life works."

Hatch's legacy is more controversial. The Senator has been criticized for accepting too much money from the pharmaceutical industry, failing to stem the opioid crisis and a history of regressive policies on LGBTQ rights, immigration and race.

When Donald Trump criticized a Latino judge, Hatch defended him.

"From what I know about Trump, he's not a racist but he does make a lot of outrageous statements...I think you can criticize a judge but it ought to be done in a formal way," Hatch said at the time.