'Dude who sued his own mother?': Internet LOLs as Jerome Corsi announces name of his new attorney 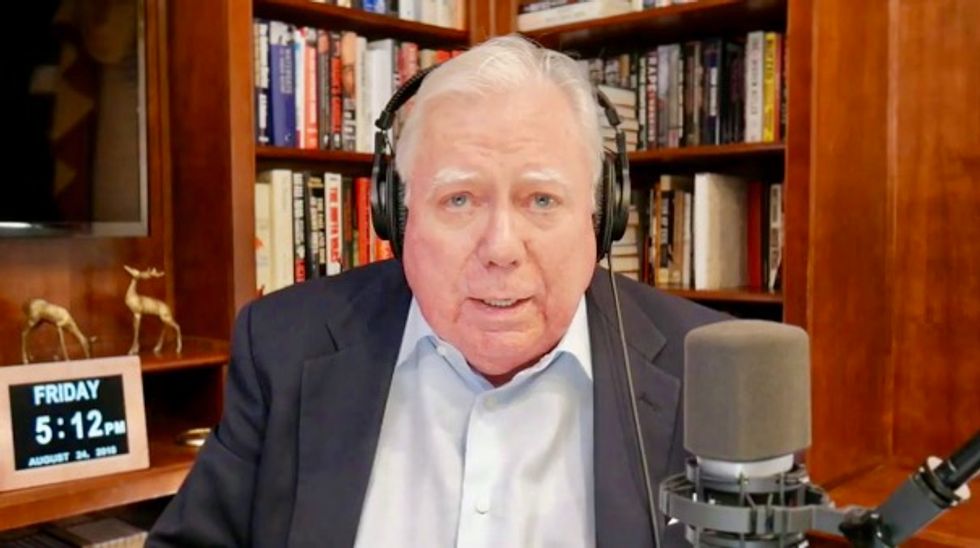 Birther movement founder Jerome Corsi, a far right wing extremist, conspiracy theorist, and associate of Roger Stone, has just announced he will be filing a "criminal complaint" against Robert Mueller. He also revealed the name of the attorney who will be representing him.

The internet broke down in laughter.

Corsi, who has generously been described as a "crackpot," says he was offered a plea agreement from Mueller's team, but is refusing it.

“They can put me in prison the rest of my life. I am not going to sign a lie,” he insisted to CNN. News reports suggest the real reason he would not take the plea deal is he fears it would hurt his lucrative YouTube video channel business.

"I have retained attorney Larry Klayman to assist David Gray in my defense," Corsi said via Twitter Wednesday. "In a memo to my attorneys, I have instructed Klayman and Gray to file with Acting AG Whitaker a criminal complaint against Mueller's Special Counsel and the DOJ for prosecutorial misconduct in my case."

Not many Americans know who Larry Klayman is.

For those unfamiliar, Klayman in 2014 called then-President Barack Obama the "Mullah In Chief," and said that Obama's re-election made Christians and "Americans of faith" "the new niggers" who will be "relegated to the back of the bus." He added, "no racial slur intended."

Those who do know of Klayman were quick to mock the far right wing attorney.

Here are a few examples , including some insight into Klayman's past:

Jerome Corsi says he has retained Larry Klayman as one of his attorneys in the Mueller investigation. Seems wise,… https://t.co/tKeF0HKlwn
— Right Wing Watch (@Right Wing Watch) 1543436014.0