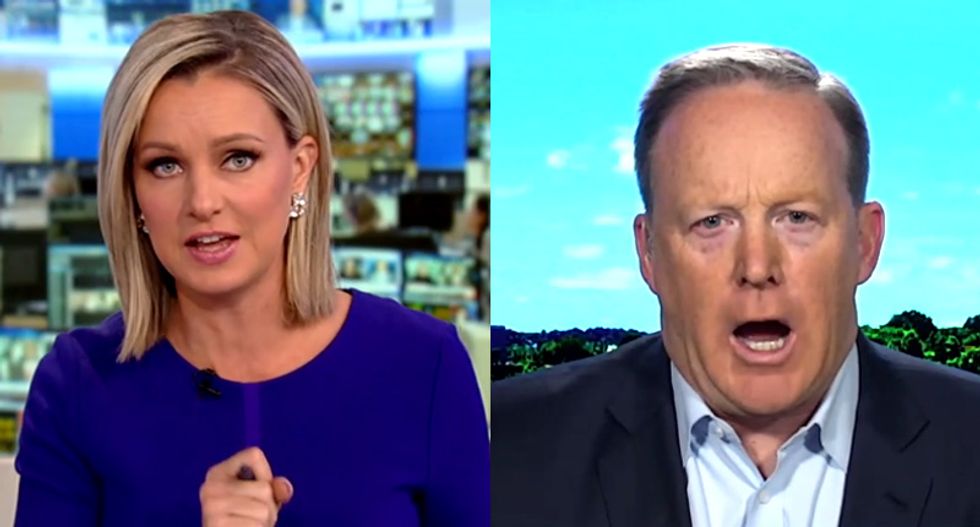 "Did you agree with the White House's decision to revoke the pass in the first place?" Fox News host Sandra Smith asked Spicer on Friday.

"I think that it would have been better to sit down with the White House Correspondents Association to point out why this behavior is not only disrespectful to the president of the United States but also to fellow journalists and see if there could have been some resolution to how to address it specifically with Mr. Acosta and then generally going forward," Spicer replied.

"I would have thought that would have been a better way to keep things -- to keep the temperature from getting as high as it did. But again it's hard to make that decision from where I sit and not having been in the day-to-day as Sarah and some of the others were," Spicer continued. "I just -- it is easy to say these things without having the context of what had happened before, after or the preceding days."

"Mr. Acosta's behavior is disrespectful to the White House and his colleagues. It is not about him having his own show when he is at the press conference. It is about all the reporters having the opportunity," Spicer said.