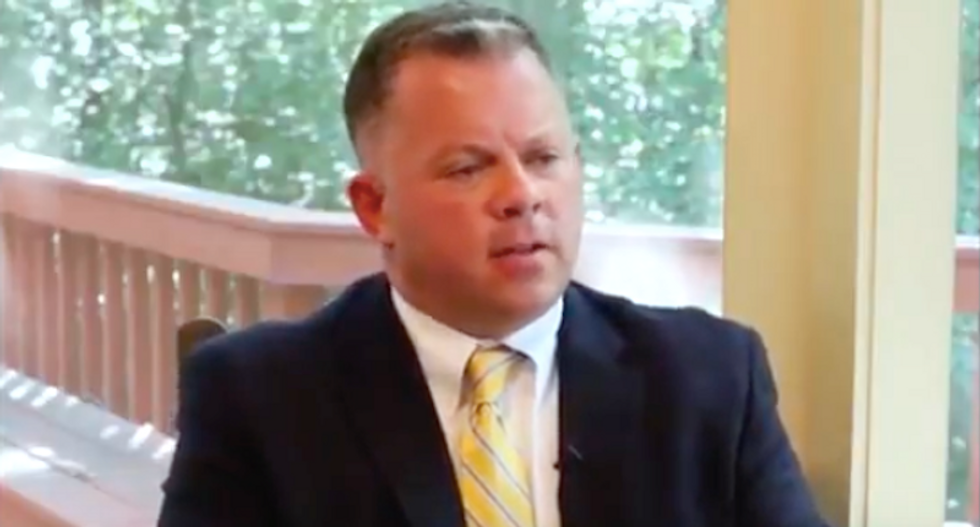 A retired CIA agent and a former National Security Council official in the Trump administration are among a small group of former government insiders pushing conspiracy theories about the Las Vegas music festival massacre.

Brad Johnson, the retired CIA officer, and Rich Higgins, a former Pentagon official who briefly served as director of strategic planning for the National Security Council, claim the mass shooting was part of a coordinated plot to undermine President Donald Trump, reported Politico.

A month after the October 2017 shooting -- which left 58 concert goers dead and wounded more than 800 others -- Johnson, Higgins and about a dozen associates collaborated on a 51-page PowerPoint document that claims the plot was coordinated by the Islamic State and left-wing Antifa activists.

Their claims are supposedly based on “open source information with tactical counter terrorism analysis, cyber intelligence, and digital data mining capabilities,” according to the document's executive summary.

“There’s substantial evidence that ISIS was involved in this,” Higgins said.

Las Vegas police, however, concluded in their final report that gunman Stephen Paddock "acted alone" and had no links to any hate groups or terrorist organizations, although investigators were unable to determine a motive for the rampage.

The FBI, which assisted in the investigation, agrees with those police findings -- but Johnson insists the final report contains hidden clues supporting his claims.

Higgins claims the FBI has placed anyone with knowledge about the Las Vegas investigation under a gag order, although there's no proof of that, and he and Johnson have not offered any hard evidence of the conspiracy.

But that hasn't stopped right-wing conspiracy theorists like Alex Jones, Laura Loomer and Jack Posobiec from pushing the claims, and Rep. Scott Perry (R-PA) appeared in January on Tucker Carlson’s Fox News program to insist he had “credible evidence of a possible terrorist nexus."

However, the Pennsylvania Republican didn't offer any specifics.

Higgins and Johnson have named an Australian man living in Los Angeles as Paddock's accomplice, and Loomer obsessed over him on Twitter.

That man, Brian Hodge, was while traveling on business and staying at the Mandalay Bay, on the same floor as Paddock, when the shooting took place -- and the conspiracy theorists gathered stray bits of specious evidence to build their case.

“While not excessively political, it is clear from his Facebook activity that Mr. Hodge supports left wing issues such as transgender rights, support of gay marriage, and that he holds some anti-right wing views,” the PowerPoint asserts.

Hodge's alleged ties to ISIS are based, in part, on him allegedly dining at a Turkish döner kebab restaurant a few days after the massacre, which Hodge insists isn't even true.

The target of those conspiracy theories says he's been targeted by death threats and strangers showing up at his home, after Higgins and Johnson included his detailed personal information in their report.