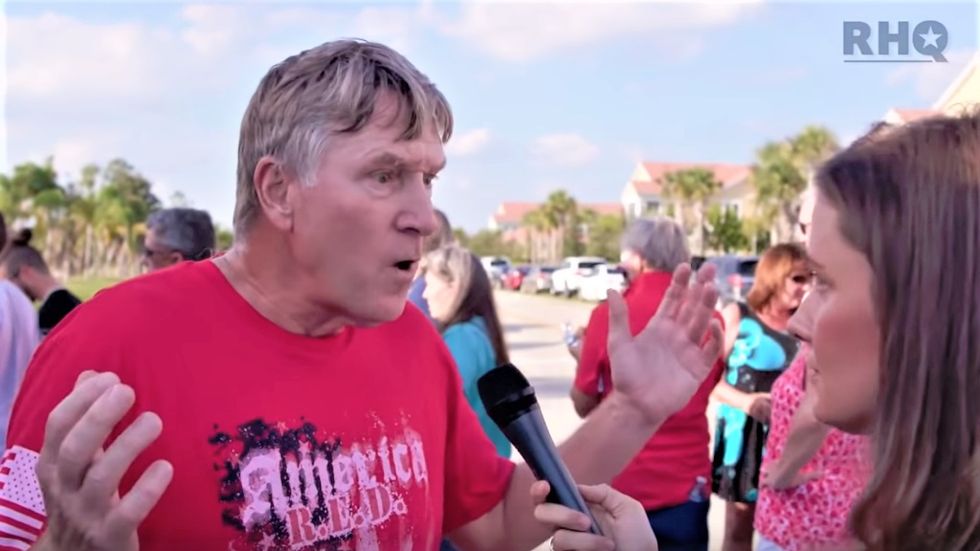 One particularly emotional Trump fan went so far as to say that white nationalists like the one who shot up the Tree of Life Synagogue in Pittsburgh last weekend were actually secret liberals.

Vigeland noted that white supremacists are right-wing by definition -- hence, the decision to name the infamous 2017 Charlottesville rally "Unite the Right."

At this point, the Trump supporter let out multiple exasperated sighs.

"First of all," he continued once he regained his composure. "The Nazis, there's, like, 50 of them in the whole country. There's no association with them in the Republican Party."

Vigeland pointed out that many prominent neo-Nazis -- including Richard Spencer and David Duke -- adamantly backed Trump's campaign in 2016.