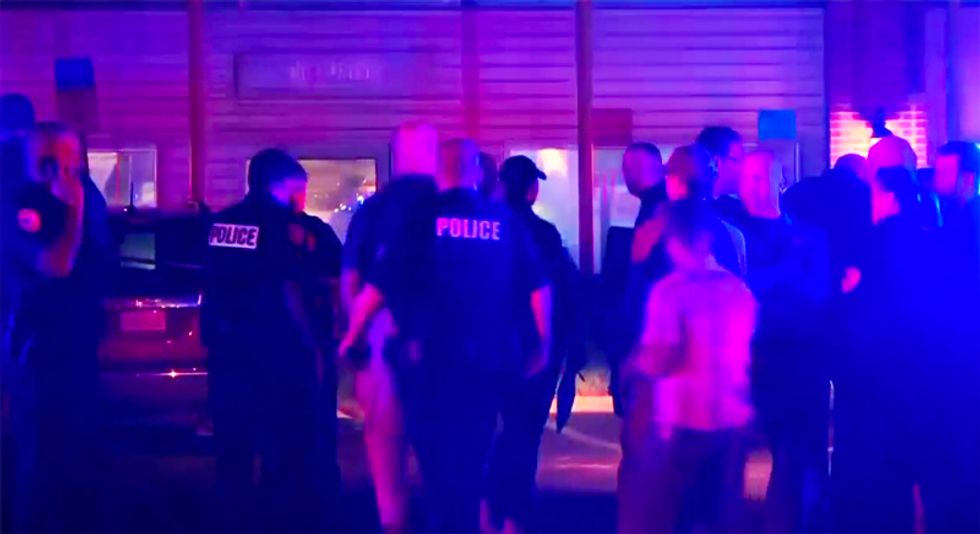 A gunman opened fire in a Florida yoga studio on Friday, shooting six people and killing two of them before class members fought back and the attacker killed himself, police and authorities said.

The shooter pistol-whipped one man in the yoga class who rushed him after he opened fire, the Tallahassee Democrat newspaper reported.

“There were indications that several people not only fought back but tried to save other people,” DeLeo told reporters, confirming that one man was pistol-whipped.

Three of the wounded were in critical condition, said Danielle Buchanan, spokeswoman for Tallahassee Memorial HealthCare.

The gunman appeared to have acted alone and there was no immediate threat to the Tallahassee community, DeLeo said.

Police have tentatively identified the shooter and are looking for any links between him and the victims, he added.

“All evidence points to a single actor who has stayed on scene and is deceased at this time so there is no additional threat to the public,” DeLeo said. City Commissioner Scott Maddox was among officials who went to the incident.

“In my public service career, I have had to be on some bad scenes. This is the worst. Please pray,” Maddox posted on Facebook.

Alex Redding, a patron at a bar downstairs from the studio, said people came inside seeking assistance, saying a man had been acting strangely inside the yoga studio and then began shooting during the class, the Tallahassee Democrat reported.

Other victims, barefoot from their yoga class, came into the bar in clear shock and barely able to speak anything but the word “shooter,” the newspaper reported.

Mayor Andrew Gillum, the Democratic nominee for state governor, halted campaigning to return to the city.

“No act of gun violence is acceptable,” Gillum tweeted.

Tallahassee’s murder rate has been an issue in the governor’s race, with Gillum’s opponent Republican former U.S. Representative Ron DeSantis accusing him of being weak on crime.

Megan Nixon said she was eating at a restaurant underneath the studio when she heard shooting and people running upstairs.