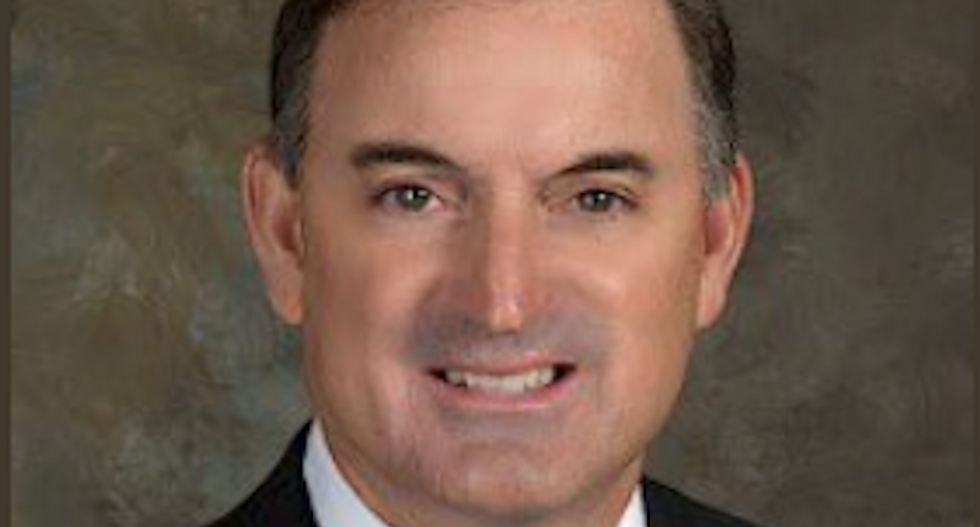 In a strange and gruesome incident, Greg Griggers, the district attorney for Alabama’s 17th Judicial Circuit, was shot in the face by a former Alabama state trooper early Thursday afternoon, reports AL.com.

The former state trooper, identified as Steve Smith, was shot to death by law enforcement at the scene.

“Griggers got shot in the face and they killed the ex-state trooper who shot him,” Michael Jackson, another DA, told AL.com Thursday afternoon.

“They say he’s going to recover,” Jackson said. “I got an investigator going down there [to Demopolis] right now, and they’re going to give me updates.”

WVUA 23 in Tuscaloosa reported that Griggers had been ambushed waiting in his car. Smith fired several rounds from a shotgun just after 12:45 p.m. on the main street of downtown Demopolis, Marengo County’s largest city.

Griggers was hospitalized after the attack but was released Thursday afternoon.

The motive for the shooting is unclear. Griggers, a Democrat, has served as district attorney since January 2003.

“We’re very early in this investigation,” he said. “All we know at this point is that the district attorney was fired upon in an ambush-style shooting and we will be investigating it as an independent investigation.”