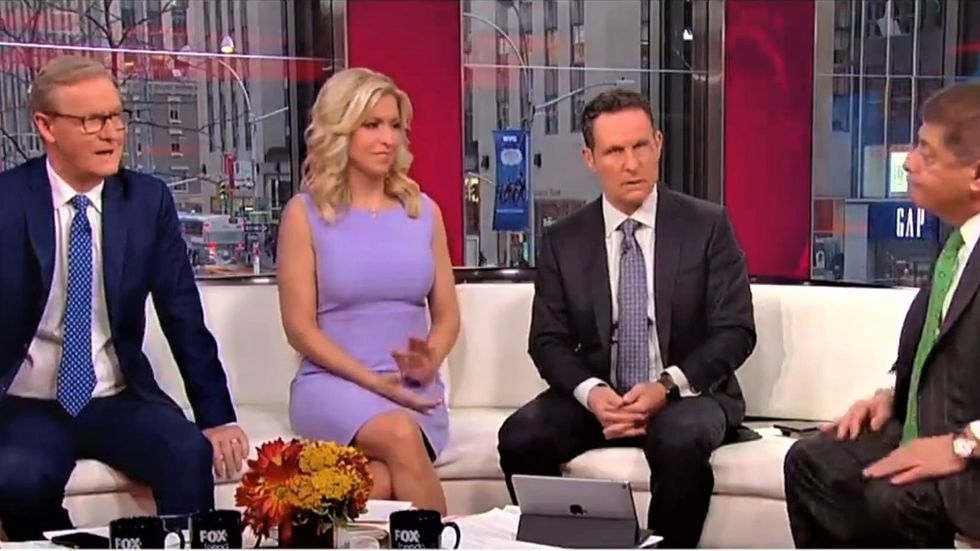 When discussing Trump's decision to fire Jeff Sessions and replace him with acting AG Matthew Whitaker, Napolitano broke down why Trump's appointment is flatly illegal.

"You're saying the guy the president appointed is not qualified?" host Steve Doocy asked.

"Is not legally qualified," Napolitano clarified.

"The president's got lawyers!" an incredulous Doocy replied. "They looked at that!"

Napolitano then explained that there are only three ways someone can become an acting AG: If you're already serving as the deputy AG, if you have a job at the DOJ that requires you to be confirmed by the Senate, and if you were appointed while the Senate was in recess.

Whitaker, Napolitano explained, does not meet any of those criteria.

"He has chosen someone who, under the law, does not qualify to be acting attorney general," he concluded.

"So he's really not the attorney general?" a confused Ainsley Earhardt asked.

"That's correct," Napolitano confirmed. "Which is why he did not take an oath of office."

"They say that he already took an oath so he doesn't have to take it again!" interjected host Brian Kilmeade, referring to the oath Whitaker took when he became chief of staff at the DOJ.

Fox’s Andrew Napolitano: Trump “has chosen someone who does not qualify under the law to be the Acting Attorney Gen… https://t.co/syjWYZgwa2
— Bobby Lewis (@Bobby Lewis) 1541684667.0