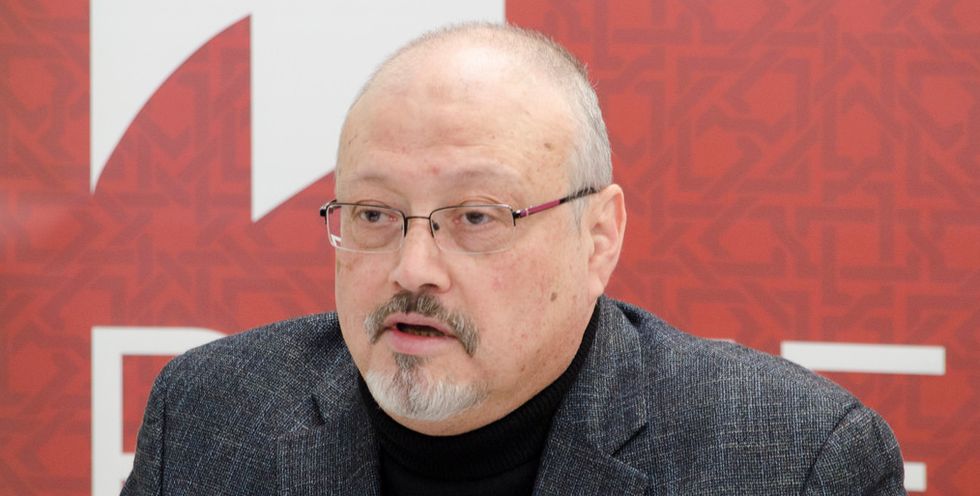 A Fox News interview on Friday went off the rails after a guest blamed the Washington Post for putting murdered journalist Jamal Khashoggi "in harm's way" by publishing his columns.

During a segment discussing President Donald Trump's reaction to the Saudi government murdering Khashoggi in its own consulate, former State Department official Christian Whiton said that the Post deserved some blame for his assassination because they published columns in which he was critical of the Crown Prince of Saudi Arabia.

"What got him killed, frankly... he was on the take from the Saudi government, he was eating at the trough, he was receiving Saudi money... then he turned," Whiton said. "So he went from being a supporter to being an opponent. And the Washington Post, which frankly has some culpability here, put out his stuff. I mean, he put out articles about how great the Muslim Brotherhood was."

Whiton went on to slam the Post for publishing Khashoggi's columns "not just in English, but in Arabic, which really put him in harm's way."

The former State Department official also said that the CIA did America a "disservice" by concluding that Saudi Crown Prince Mohammad Bin Salman had personally ordered his agents to take out Khashoggi.

Melanie McFarland, Salon
In a future where drastic climate change has made the cultivation of cocoa trees impossible, and ragged elders make their children drool with their garbage fireside fables of the mythical treats known as M&M's, people may look back at Mars, Incorporated's 2023 banishment of its "spokescandies" after nearly 30 years of service as a strange irony.

Although our forebears didn't realize it at the time, those wise ones might say, here was an example of violently oppositional partisan forces agreeing on something.

It's true, the supposed ousting of M&M's mascots is the latest example of how stupid our society has become. But it's also a rare instance of enemies finding common ground. Nobody – not liberals, not moderates, definitely not Fox News viewers – appreciated Mars' widely promoted demonstrations of corporate pandering.