Fox News guest defends using pepper spray on migrant kids: 'It's natural -- you could put it on nachos!' 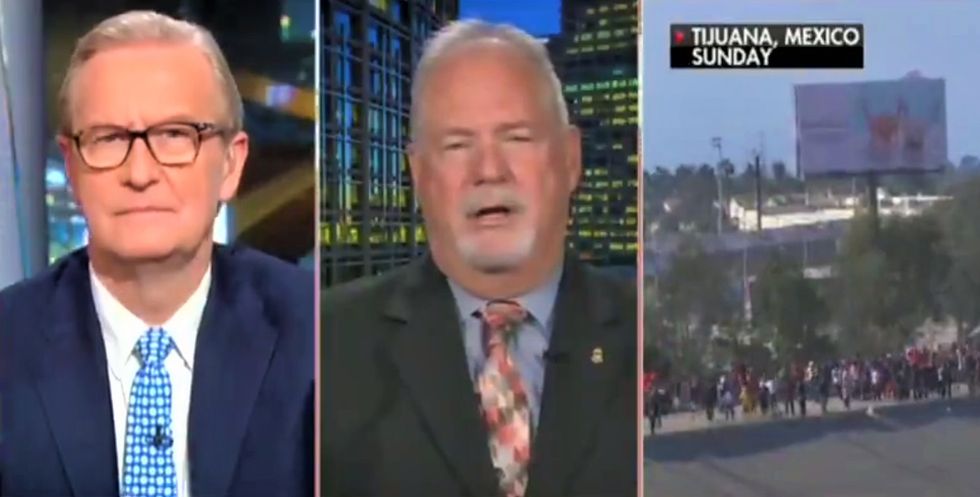 A Fox News guest on Monday brushed off worries about using pepper spray on migrant women and children, while suggesting that it was so harmless that it could be used as a condiment on snacks.

Appearing on "Fox & Friends" to discuss migrants trying to enter the United States, Border Patrol Foundation President Ronald Colburn said the U.S. Border Patrol was completely justified in firing gas canisters at women and children who were in the vicinity of the U.S.-Mexico border.

Colburn, whose non-profit organization was set up to honor Border Patrol agents killed in the line of duty, also clarified that the Border Patrol was not actually firing tear gas at the asylum seekers.

"The type of deterrent being used is OC pepper spray," he said. "It's literally water, pepper, with a small amount of alcohol for evaporation purposes."

He then went on to explain that the gas being used on children is so harmless that it's edible.

"It's natural," he insisted. "You could actually put it on your nachos and eat it! So it's a good way of deterring people without long-term harm."