Fox News reporter stunned that Trump encouraged troops to shoot migrants: ‘That would be disastrous in so many ways’ 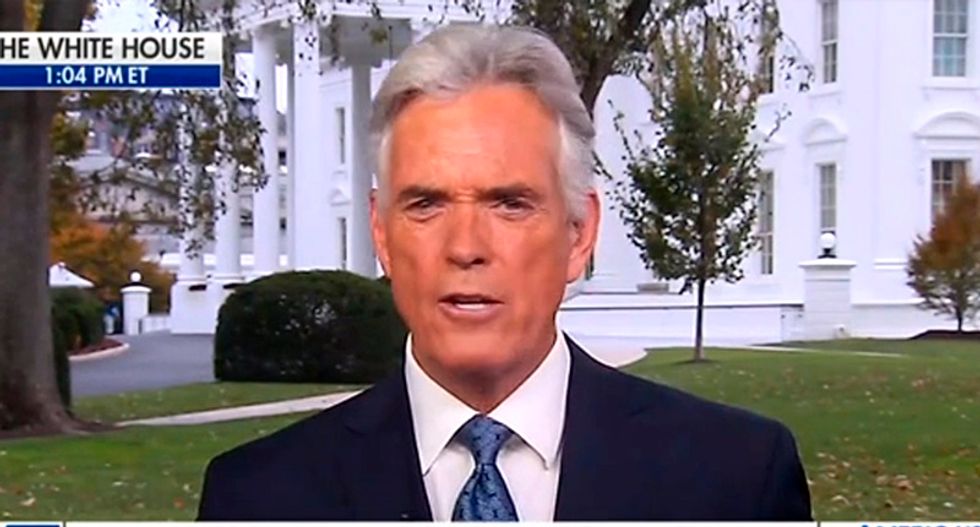 President Donald Trump likened rocks potentially wielded by migrants seeking shelter at the US border to "rifles" Thursday. The statement raised concerns that Trump was facilitating a justification for state violence against unarmed refugees.

Fox News tried to grapple with the significance of Trump's statements Friday.

"If the US military started shooting people that were throwing rocks? That would be disastrous in so many ways," Roberts said.

"It's always going to get your critics and your opponents talking," Faulkner replied.

Roberts reiterated the seriousness of the President's rhetoric.

"Again, using lethal force in a case of people crossing the border illegally .... I don't want to say that gets us back to Kent State but I think a lot of people would see it in similar fashion."