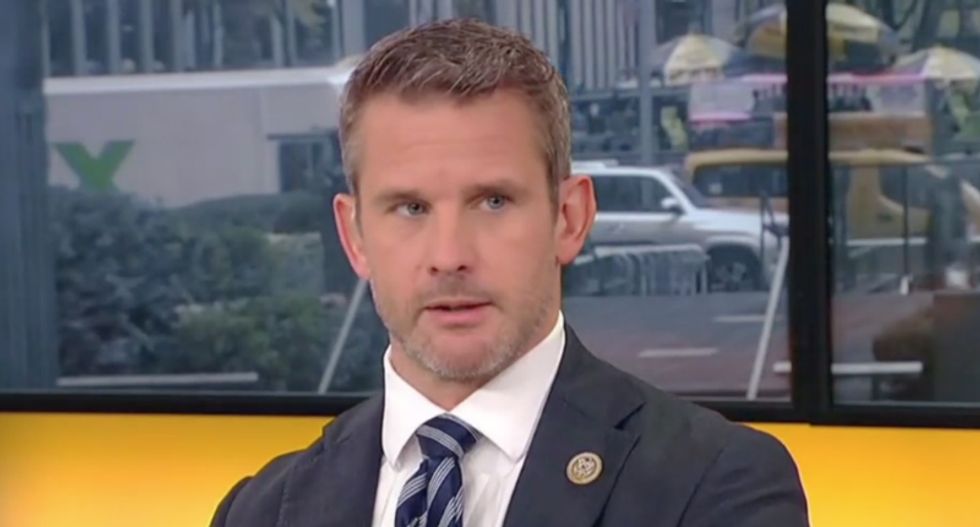 Following the revelation of at least a dozen secret nuclear sites in North Korea, Illinois Republican congressman Adam Kinzinger in a Tuesday appearance on Fox's "Outnumbered" slammed President Trump's dealmaking with the reclusive dictatorship, saying the president needed a "credible military option" with which to "ratchet up that pressure".

"You have to have a military option that is credible" or diplomacy won't work, Kinzinger said. "One of my concerns was back in May or June, the president seemed to be removing the military option by suspending the war games and saying that Chairman Kim is his best friend now."

Kinzinger went so far as to compare Trump's public dealmaking with North Korea unfavorably to Obama's much quieter negotiations with Iran.

"When the negotiations with Iran were occurring, it was happening for years behind closed doors," he said. "This is the equivalent of that, but it's being played out in the public sphere. Every time there's a setback or something moving forward, we see about it and it seems like this is a really long period of time when it's only been a few months."

"I'm not to the point yet of saying 'let's cut off all negotiations and get ready for the military option', but I do think this is a very concerning thing," Kinzinger added. "I do think it's probably time for the president and the secretary of state to begin to ratchet up that pressure again, militarily, economically, et cetera."