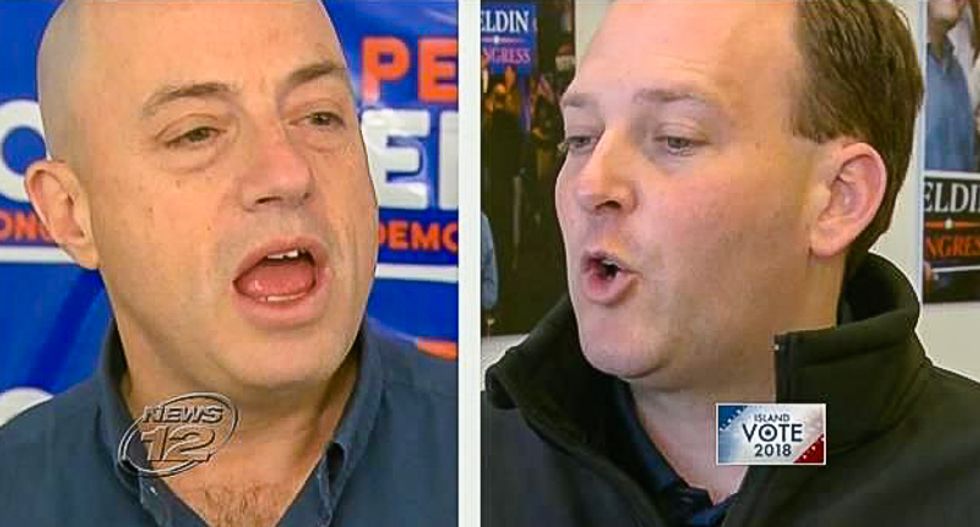 Republican Rep. Lee Zeldin (R-NY) suggested over the weekend that his Democratic opponent, Perry Gershon, had defaced his own campaign signs as a false flag operation to garner sympathy for his campaign.

On Sunday, Gershon revealed that his campaign signs had been covered with hateful symbols and rhetoric. Some signs had swastikas drawn on them, while others were defaced with phrases like "baby killer" and "gay lover," according to News 12.

Zeldin told News 12 that he had also been targeted by anti-Semitic voice mail.

Both Gershon and Zeldin are Jewish.

In a statement to Newsday, Zeldin spokesperson Chris Boyle argued that Gershon's campaign may be responsible for defacing their own signs.

"I wouldn't even be surprised if they desperately did this to their own signs to gain sympathy votes for their flailing campaign," Boyle scoffed. "These shenanigans must end."

Gershon said that he was offended by the accusation.

"That is just right out of the Donald Trump playbook," the Democrat charged. "When something bad happens -- go lie about your opponent. I expected better of Lee Zeldin."

Watch the video below from News 12.