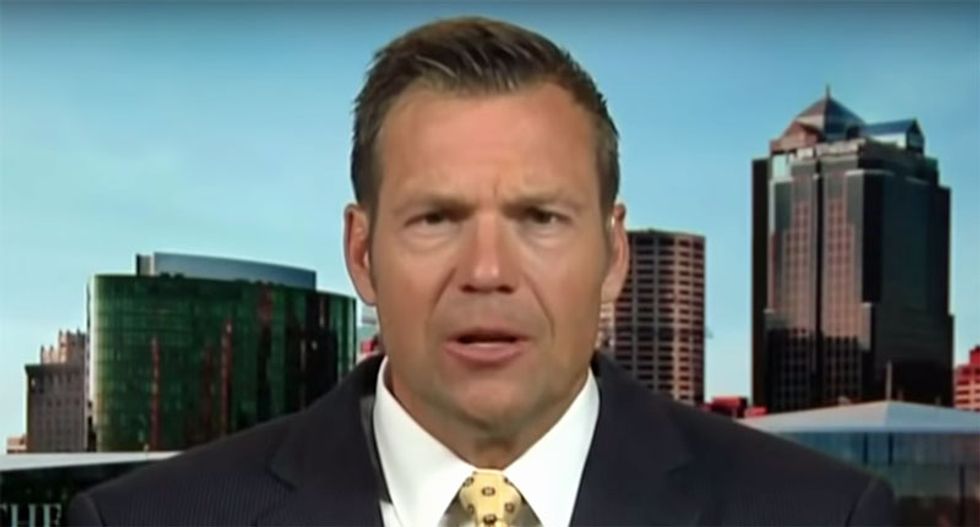 Kris Kobach, the Republican candidate for Kansas governor who boasts close ties to the Trump administration, has accepted money from white nationalists for more than a decade.

Financial disclosure records show Kobach, a strong influence on GOP immigration and voter suppression policies, has accepted thousands of dollars from white supremacist groups since launching his political career in 2004, reported The Guardian.

“The white supremacist guys, they love Kris Kobach because he can put on a suit, have the fancy degrees, and translate their ideas into something that is more palatable,” said Zachary Mueller, of the immigrant rights group America’s Voice.

Kobach, who is running in a close race against Democrat Laura Kelly, kickstarted his career with a $10,000 donation from US Immigration Reform PAC -- which is closely tied to John Tanton, who's known as the founder of the modern anti-immigrant movement.

Kobach has been endorsed by Peter Brimelow, the founder of the VDARE website, which has been described as "overtly racist" by the Southern Poverty Law Center, and has received small donations totaling hundreds of dollars from VDARE contributor Paul Nachman.

The Republican candidate has also accepted donations from K.C. McAlpin, who heads the Tanton-founded US Inc publishing company, which produces the racist and anti-immigrant Social Contract Press.

Former U.S. Department of Homeland Security staffer Ian Smith, who was forced to resign over his anti-Semitic views and ties to white supremacists, also backs Kobach.

Three men identified by the Topeka-Capital Journal as white nationalists reportedly worked on Kobach's campaign, which dismissed the allegation as baseless, and the GOP candidate's spokeswoman denied he was racist or used racist language.

“I am black and I am his closest staff member,” said spokeswoman Danedri Herbert. “I spend more time with him than any member on his staff. He is not a racist.”