‘Guns are in the wrong hands’: Father of mass shooting victim memorializes his son in heartbreaking press conference 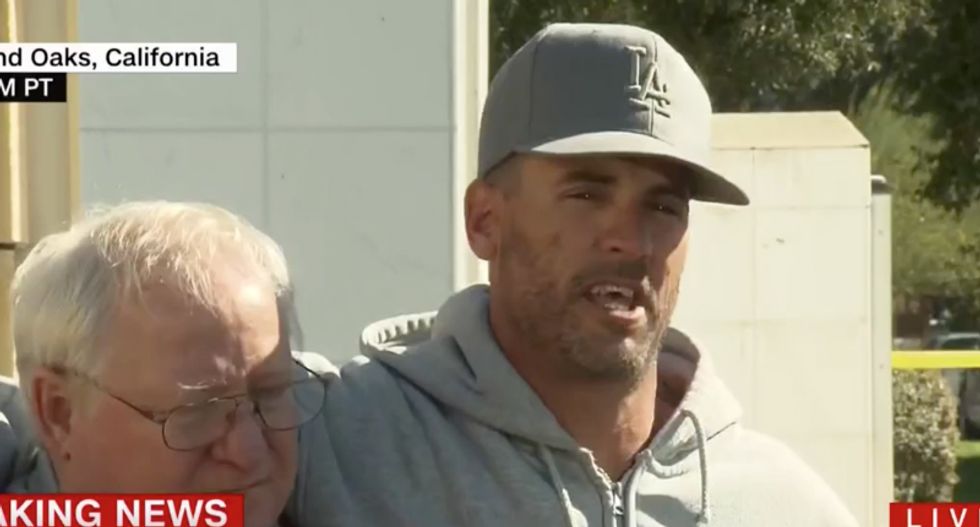 "I cannot believe it happened to my family. I don't know what to tell other people," Coffman said, his head hanging. "I am speechless and heartbroken. I have been talking to you for a little while, I am pooped out, I'm spent."

"Ever since my son was 3 years old, I coached him all the way up til when he played high school baseball. I was the coach," Coffman said. "He was my fishing buddy. I fished all the time and that poor boy would come with me whether he liked it or not. Fishing on the boat. That's the kind of stuff that I am truly going to miss."

Coffman said he felt sorry for the parents of the killer, and slammed America's lax gun laws.

"Everybody has their rights. We all live in a free world here," he said. "The United States of America is for everybody. Guns are in the wrong hands."

'I hope he disappears': Bill O'Reilly advises Trump to flee country before the midterms

The longtime Trump ally was asked how the former president could help Republicans win midterm elections.

Ginni Thomas is sticking to the Big Lie, even when testifying before the January 6 committee. We still don't know her exact phrasing, but reports from members of the January 6 committee indicate that the right-wing activist and wife of Supreme Court Justice Clarence Thomas reiterated during her testimony last week the false belief that President Joe Biden stole the 2020 election from Donald Trump. Whether or not she was sincere in this claim is hard to discern. She also told the committee she never speaks about her extensive political activism with her husband, a claim so implausible that it casts doubt on the truthfulness of anything she said during an interview in which she was not put under oath.

Telling the January 6 committee that you still believe the Big Lie may seem, on its surface, to be a really bad idea, but there may be a method to the madness here. After all, Ginni Thomas was deeply involved in Trump's attempted coup in 2020, as shown by a bevy of text messages to Trump's chief of staff Mark Meadows and emails to swing state legislators urging them to throw out the results of the election. Unable to plead innocence, Thomas may have decided the better course of action is to argue that her actions were justified by a sincere belief in the Big Lie.