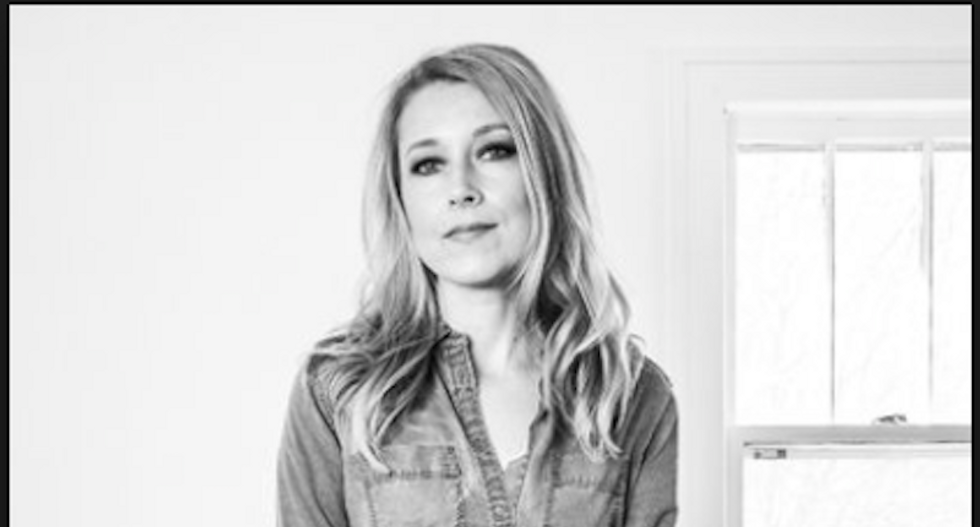 In Heartland: A Memoir of Working Hard and Being Broke in the Richest Country on Earth, the journalist—and fifth-generation Kansan—Sarah Smarsh pushes against the discourse surrounding so-called "flyover country," the idea that parts of rural America are doomed to perpetually cling to racism, sexism and xenophobia and vote Republican even when it goes against their economic interests.

Raw Story spoke with Smarsh about how progressives can reach working class voters—even in red states—and inspire them to participate in the political process.

Raw Story: Your book really pushes against the message of the sort of "What's the matter with Kansas" attitude among some liberals. Why do you think it's important to counter that narrative?

Sarah Smarsh: That particular framing—that "red states" have it all wrong, and blue ones have it right—treats broad swaths of the U.S. population as a political monolith. As a progressive, I see some of the most radical and heroic work in such places. Meanwhile, bad ideas and racism and sexism pervade so-called blue states just like any other.

As for the real conservative majorities that exist in many places, it's easy to sit in an enclave of fellow liberals and shake your finger at them—but to do so is often an act of hubris. If you had been born into the same life, same place, same culture, same information stream, are you sure you'd think and vote so differently?

Most people are a product of their social group, from family to education. I don't view my liberal ideas as a badge of my superior individual character but rather a truth I arrived at by way of hard-won privileges and perspectives that most people who grow up the way I did never access.

Is it clear to me that progressive policy is the right path for a decent and moral society? Yes. Was I a less decent and moral person when I held the moderately conservative ideas I was raised with? No. Our task is to open minds and inform people, not pass a blanket judgment that they are "voting against their own best interests." Implicit in that critique is an accusation that millions of Americans are just plain dumb, which is a falsehood that impedes progress.

Raw Story: You've been back home doing readings. What've been your favorite responses?

Sarah Smarsh: I've been fortunate to travel all over the country throughout the autumn, hearing from people with all sorts of backgrounds that they connected with the stories in Heartland. My events in Kansas were extra special, of course, in that those readers also connect with the story through the most literal touchstones of places and people.

Plus, they rarely see their home presented in the national spotlight as anything but a horrible political headline. When I hear from someone that the complexity of their experience has been validated for the first time, that's the ultimate honor for a writer.

Raw Story: What advice would you give aspiring Democrats for 2020?

Sarah Smarsh: Drop the labels and buzzwords of liberalism that might feel comfortable and empowering to you but are alienating to voters where those same words have been weaponized. Do you want to give people a lesson, or do you want to win? If it's the latter, you must meet people where they are.

As a teenager in the 1990s, the culture of my small town and burgeoning conservative news outlets made me skeptical of the word "feminist" even as I lived and breathed the tenets of feminism every day. There is a way to discuss issues in a nitty-gritty way without leaning on terms that, unfortunately, mean different things to different people.

Also, I believe the greatest task at hand is not to convince people on the "other side" to change their minds but rather to mobilize and activate legions of potential voters all over the country--including in rural places, seemingly red places--who have not been engaged in the election process.

Most people I grew up with spent most of their lives not voting, but the current social tide of awakened civic duty is beginning to reach them. They are white working class people voting for the first time, and guess who they're voting for? Democrats. Go everywhere, make no assumptions. Validate people's understandable sense that their vote doesn't matter or that both parties sold them down the river in different ways. Frame voting as an act of defiance to systems of power that would love for them to stay home.