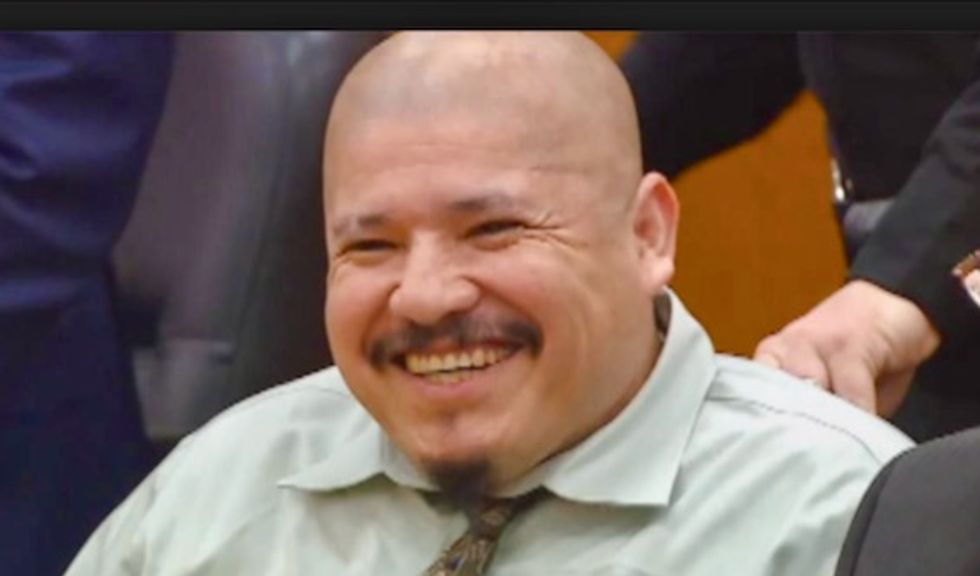 Clinton Deported Him, Bush Let Him Back in, and Arpaio Released Him From Jail for 'Unknown Reasons'

President Donald Trump on Wednesday released a vile, offensive, racist, fear-mongering, anti-immigrant video designed to attack Democrats just days before the midterms. Some say the video was released to change the national conversation away from a week of pipe bomb attacks on prominent liberal leaders and ended with an anti-Semitic massacre in a Pittsburgh synagogue. In between, a white supremacist allegedly shot to death two Black men in a grocery store. Not a good week for the President, whose beliefs helped fuel the acts of terrorism.

The video starts with video clips of a cop killer – an immigrant – saying his only regret is he didn't kill more police officers. It compares him to the migrants walking towards the U.S. in a "caravan."

Plastered across the screen reads this question: "Who else would the Democrats let in?" and a blatant lie: "Democrats let him into our country."

In short, it blames Democrats for the murders and for the cop killer being in the country.

Luis Bracamontes, the cop killer featured in Trump's video, "was first deported during the Clinton administration and later slipped back into the U.S. during the George W. Bush administration, according to federal documents obtained by the Sacramento Bee," HuffPost reports.

"Bracamontes initially entered the country illegally in 1993 and was deported in 1997 following a drug sentence. He was back in the country a year later and arrested on another drug charge in Phoenix but was released for 'unknown reasons' under Sheriff Joe Arpaio’s custody and continued to live in the U.S."

He was deported again following another drug charge in 2001 and returned soon after to marry in the U.S. during the Bush administration, the Bee reported. He killed the deputy and detective 13 years later.

Perhaps the question should be, "Who else would the Republicans let in?"