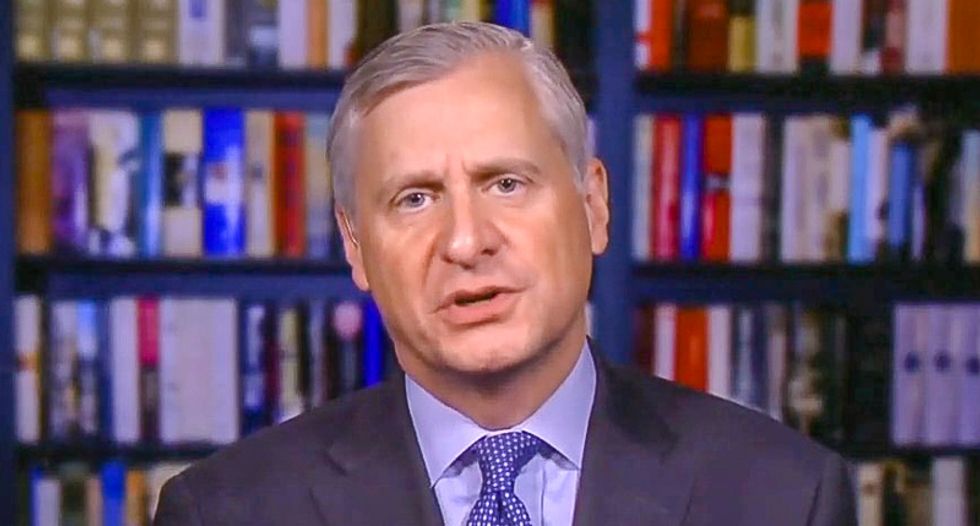 Historian Jon Meacham on Wednesday asserted that some families feud on Thanksgiving because "political loyalties have replaced religious belief and religious practice."

On the day before Thanksgiving, MSNBC host Craig Melvin asked Meacham if politics had always created so much "strife" at family gatherings.

"Well, we had a civil war where we fought, we killed each other over existential questions of liberty and freedom," Meacham explained. "Families divided, patriot vs. Tory during the Revolution... Just because something has happened before, doesn't mean it's not happening now."

"I have a theory about this," the historian continued. "To some extent what's happening is as particularly mainline Protestantism begins to fade from the center of the country, to some extent political strife and political loyalties have replaced religious belief and religious practice."

According to Meacham, political parties can be viewed like religious denominations.

"By and large, you worship in your pew," he said. "You read your texts, you listen to your preachers. And I think that because... our social contract is more about conflict than cohesion, it's going to be a tough holiday for a lot of folks."

"Are you saying that our politics has replaced our faith?" Melvin wondered.

"I think there's an interesting argument to be explored," Meacham replied. "There is a natural human impulse to seek meaning and order and community. And that more often than not at the moment, people are seeking meaning order and community in political tribalism as opposed to traditional religious communities and affiliations."