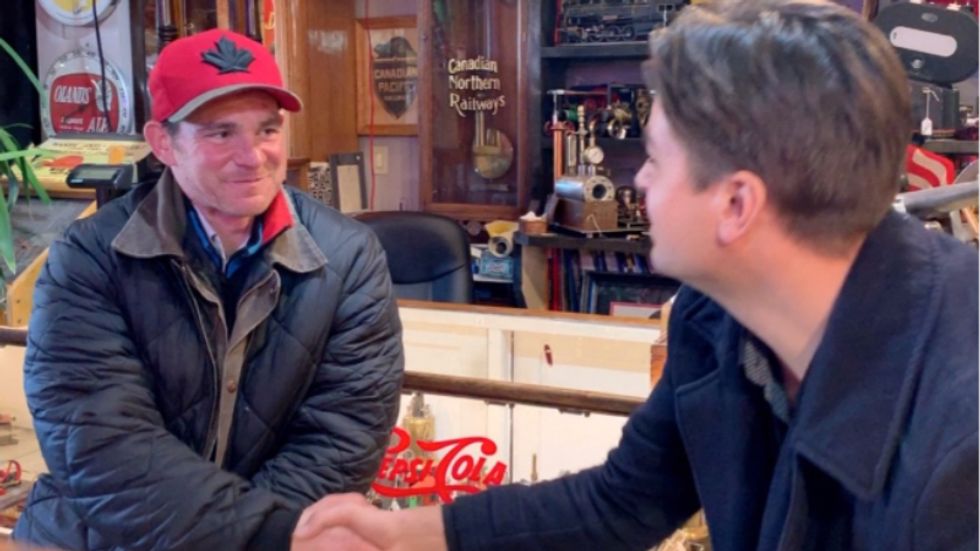 A homeless man who stumbled upon a valuable Disney picture in a trash bin was rewarded by the antique dealer who bought the art from him, reported CNN.

Adam Gillian of the Canadian city of Edmonton was originally paid $20 for a picture of Bambi by antique dealer Alexander Archbold.

"When I knew it was gonna sell for a lot of money, I knew it wasn't right to take it all," Archbold told CNN.

Archbold went on a search to find Gillian, which was difficult because he had no address. After driving around he was able to get in contact with other homeless people that knew him.

Gillian returned to the store and Archbold gifted him with his half of the profit which was $1,600.35.

"I was homeless when I was in grade seven. I had to help pay my parents' bills so I had to sell antiques on the side," Archbold said.

Archbold even helped Gillian set up a GoFundMe page and helped reconnect him to his family and social service resources.

"He's a very kind, humble person so I'm sure he'll have no trouble finding work. I'm rooting for him," he said.