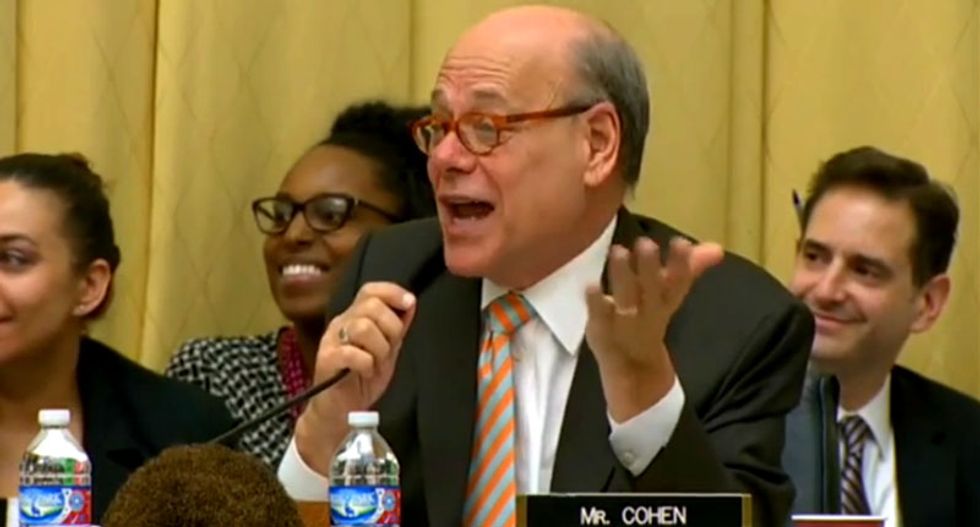 House Judiciary Democrat Steve Cohen (TN) indicated that he's prepared to go after the entire Trump family for violating the emoluments clause of the US Constitution.

"I think there many other things to pursue with this administration concerning emoluments and the use of the office for personal gain," Cohen said, waving off any comparisons to Hillary Clinton's email scandal while pointing to the many financial entanglements President Trump and his family have with foreign governments. "This needs to be looked into. Who knows if Ivanka Trump wasn't talking to people she had business relationships with?"

Anchor Brianna Keilar tried to steer the conversation to the president's statement backing the Saudis in the Khashoggi murder uproar, but Cohen adeptly brought it back to emoluments.

"That's one of the reasons why the emoluments clause violation is so important," Cohen said. "We need to know if foreign money being given to our president and his family is affecting our policy."

He predicted that an investigation would show that Trump and his family were putting their financial interests ahead of the country, and slammed the president for participating in what he called "a cover up" of Khashoggi's murder.

"It was obvious it was done by the Saudi prince," Cohen said, mocking the number of times the story changed. "This is all obviously just a cover up, and it's to protect the crown prince."

America's crown prince, Jared and Ivanka, have a great relationship with him," he added. "Who knows what Trump properties they may be funding?"