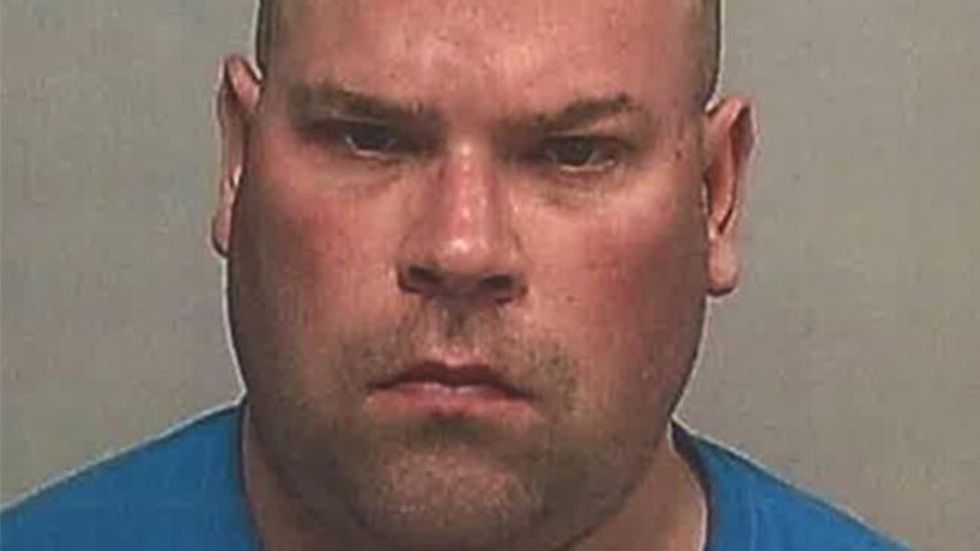 Dean R. West, an Illinois man accused of making threatening calls to a synagogue and referencing the Tree of Life massacre. Image via the Highland Park Police.

An Illinois man has been charged with a hate crime after making threats to a synagogue in a Chicago suburb — and referencing the massacre at Pittsburgh's Tree of Life temple.

The Chicago Tribune reported that Dean R. West was arrested after making the call to the Central Avenue Synagogue in Highland Park on October 29 — just two days after a gunman opened fire and killed 11 people at a temple in Pittsburgh.

Local police reportedly worked in tandem with the Lake County Sheriff and a U.S. Marshalls taskforce to apprehend the suspect after working with state and federal authorities to investigate the call.

West's bail has been set at $250,000 and, if convicted, could spend between two and five years in prison.

A rabbi at a nearby reform temple in Highland Park said he too received a disturbing call after the Pittsburgh massacre.

The caller "said because the Jews do not accept Jesus in their lives this was their problem,” RabbiIke Serotta of the Lakeside Congregation for Reform Judaism told the newspaper. “He said it was the Jews’ fault they were killed in Pittsburgh."

Serotta said he doesn't know who made the call or why they made it.