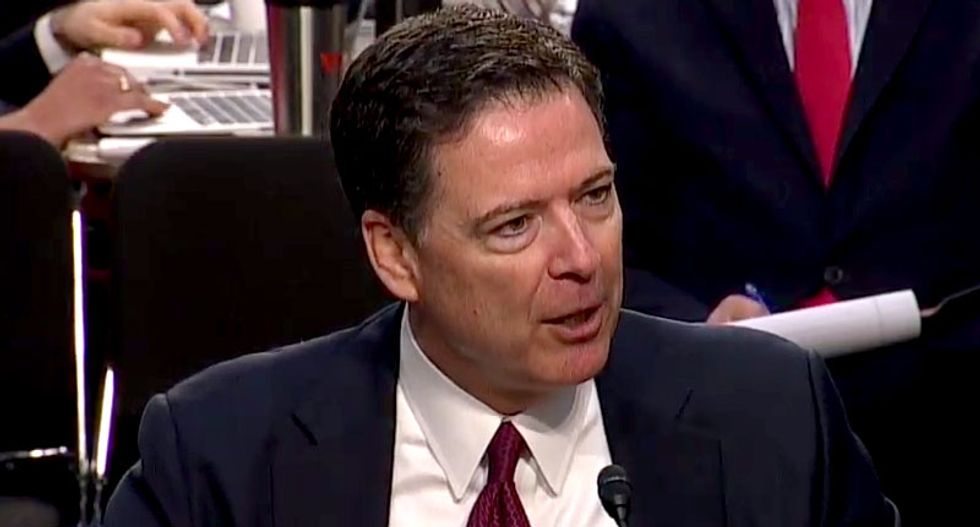 Former FBI Director James Comey on Thursday responded to a subpoena from House Republicans -- and he says he's willing to testify as long as it's in public.

"Got a subpoena from House Republicans," Comey wrote on Twitter. "I’m still happy to sit in the light and answer all questions. But I will resist a “closed door” thing because I’ve seen enough of their selective leaking and distortion. Let’s have a hearing and invite everyone to see."

Happy Thanksgiving. Got a subpoena from House Republicans. I’m still happy to sit in the light and answer all quest… https://t.co/8eQVhlO40w
— James Comey (@James Comey) 1542900090.0

Additionally, Comey's attorney on Thursday issued a statement saying that the former FBI director would fight the subpoena in court unless House Republicans agreed to let the hearing take place in public.

"Mr. Comey embraces and welcomes a hearing open to the public, but the subpoena issued yesterday represents an abuse of process," said attorney David Kelley. "Accordingly, Mr. Comey will resist in Court this abuse of process."

Even though House Republicans will soon lose their power to subpoena witnesses, they have apparently been sending out last-minute subpoenas to key former law enforcement officials in an effort to try to prove the entire Mueller probe is a rigged "deep state" conspiracy against President Donald Trump.