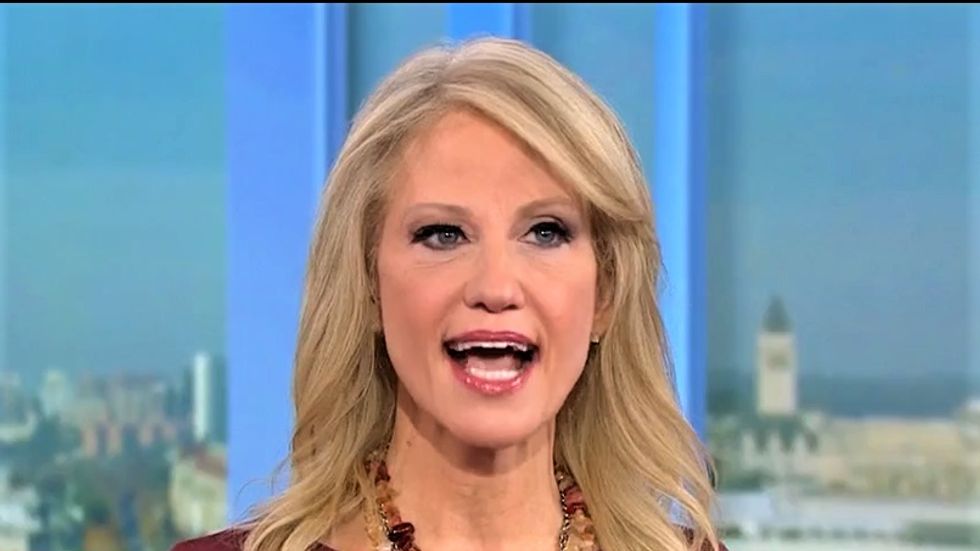 White House advisor Kellyanne Conway has faced her share of criticism for working for President Donald Trump—including from her own husband.

On Wednesday, in an interview on Journeys of Faith with Paula Faris, Conway was asked how she reconciles her Catholicism with working in the Trump administration.

"You've said that your faith is the bedrock of your life. I know you couldn't do your job without your faith. But how hard is that to reconcile with ... your personal faith does sometimes clash with the policies that are being administered by this administration," Faris pointed out.

"Where my faith has been most important since I took this job is in trying square what people who I know to be generally good people who I like to see the best in... how vicious and personal and just awful they've been toward the President and certainly me," Conway said.

"People I've known for decades. I don't know if they're motivated by jealousy or self-doubt or avarice... I don't know what's motivating them ... but to be so horribly personal and amoral in their criticisms is not, and not policy criticisms, personal criticisms," she continued.

"That's where my faith has played a big role for me because I need to forgive them almost immediately. I forgive my critics and I pray for them."