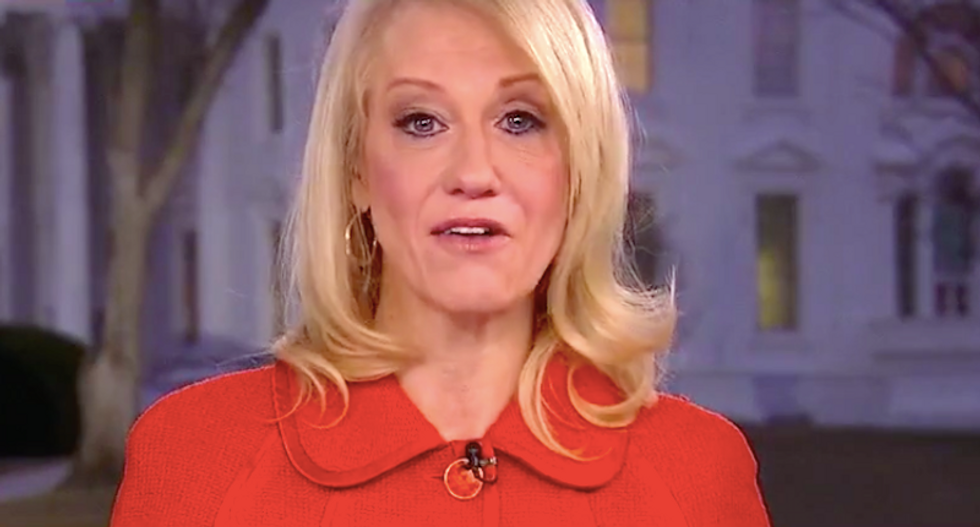 Conservative lawyers who belong to the rightwing Federalist Society have turned on Trump, the New York Times reports.

The group's annual meeting was preceded by more than a dozen prominent members speaking up "to sound a note of caution."

"They are urging their fellow conservatives to speak up about what they say are the Trump administration’s betrayals of bedrock legal norms," the Times reports.

A splinter group within the society is called Checks and Balances and was organized by George Conway, husband to presidential adviser Kellyanne Conway.

“We believe in the rule of law, the power of truth, the independence of the criminal justice system, the imperative of individual rights and the necessity of civil discourse,” the group said in a statement. “We believe these principles apply regardless of the party or persons in power.”

Conway, who has spoken up to criticize his wife's boss before, is encouraging others to join his resistance movement.

“There’s a perception out there that conservative lawyers have essentially sold their souls for judges and regulatory reform,” Mr. Conway said. “We just want to be a voice speaking out, and to encourage others to speak out.”