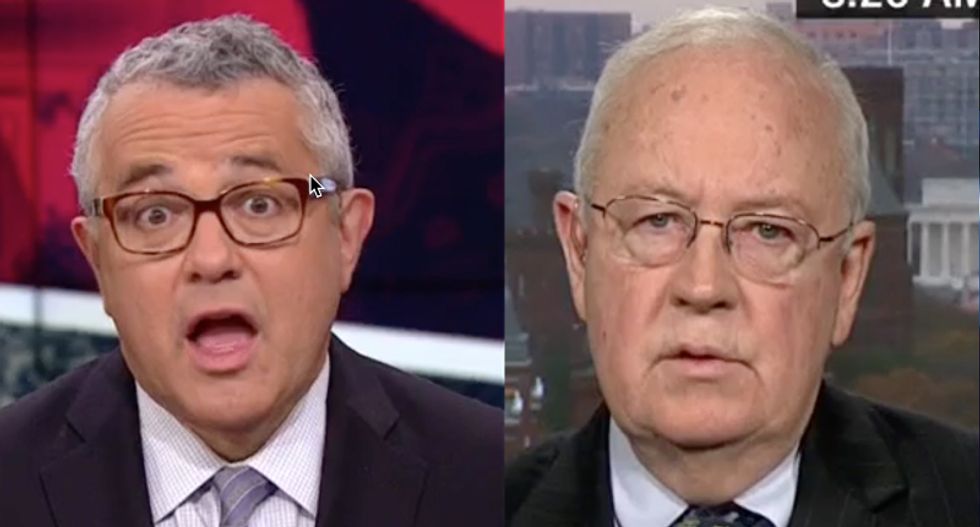 Starr said he believed that Whitaker wouldn't dare interfere with the investigation, saying any bad actions would force the special counsel to resign, setting off "a firestorm".

"Wow, Ken. I mean, that's a pretty extreme idea, that Robert Mueller would resign in protest," said Toobin, rolling his eyes and shaking his head as Starr presented a rosy scenario in which Whitaker was constrained by the fair-play culture of Washington D.C.

"The question that is, I think, troubling to a lot of people is why was he appointed," Toobin continued, highlighting that Whitaker has most recently been a CNN contributor and served briefly as in Iowa. "The only thing we know about him as a public person in recent years is that he has been critical of the Mueller investigation. Is that really the qualification that an attorney general should have?"

Starr pointed out that Whitaker had been "serving as chief of staff for the attorney general of the United States," but Toobin wasn't satisfied.