'My lawyers are not working on that': Trump claims he personally wrote answers for Mueller investigation 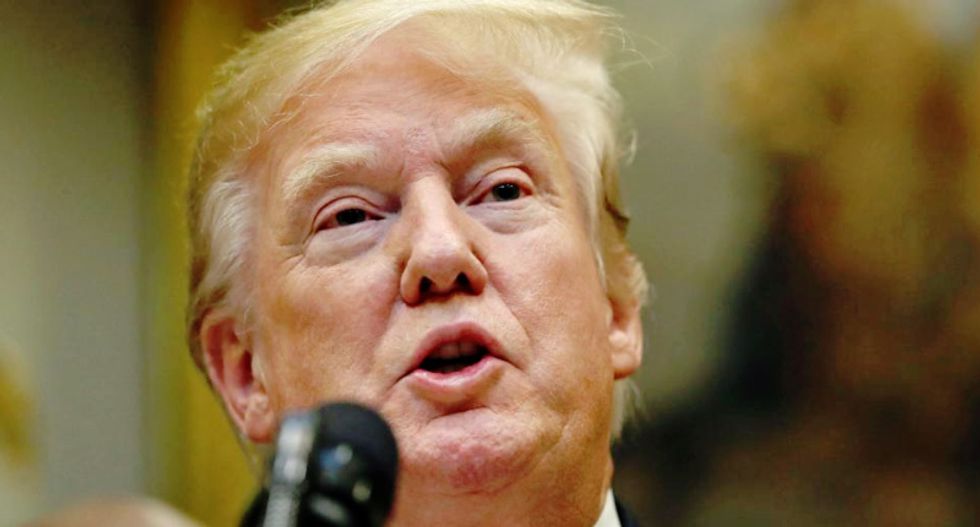 President Donald Trump on Friday said he had completed his written answers for Special Counsel Robert Mueller’s investigation into Russia’s role in the 2016 U.S. election, but had not yet submitted them to Mueller’s office.

Speaking to reporters at the White House, Trump said he wrote the answers to the questions himself, not his lawyers.

“I was asked a series of questions. I’ve answered them very easily,” Trump said.

Tensions have risen even higher over the probe since Trump last week ousted Jeff Sessions as attorney general and named Matthew Whitaker as his replacement on an acting basis. That move gave Whitaker, a Trump loyalist, oversight over the Mueller probe rather than Rod Rosenstein, the department’s No. 2 official who previously had authority over it.

Mueller, who took over the investigation in May 2017, is investigating whether members of Trump’s campaign conspired with Russia in the 2016 election and whether Trump has unlawfully sought to obstruct the probe, which has cast a cloud over his presidency. Mueller already has brought charges against a series of former Trump aides.

Trump has called the probe a “witch hunt” and said there was no such collusion. Russia has also denied any interference.