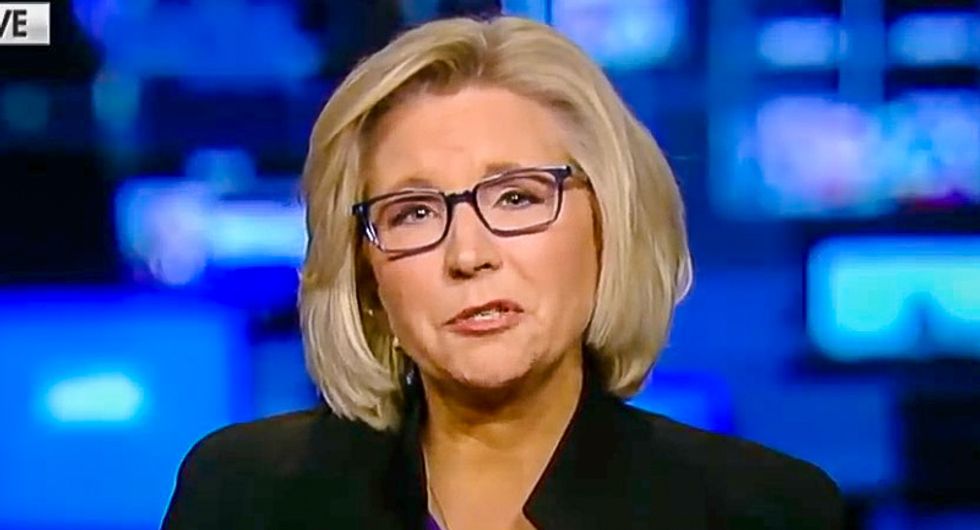 Rep. Liz Cheney (R-WY) on Sunday downplayed the historic win for Democratic women in the U.S. House of Representatives.

During an interview on Fox News, host Maria Bartiromo noted that only 19 Republican women won House seats, while 113 women won seats for Democrats.

"Why do you think that is?" Bartiromo asked.

"We've got to do a better job," Cheney agreed. "We've got to make sure that we are recruiting women candidates, that we're working to get our message out to women and men."

Cheney added: "But I would just say, it's very important us to recognize that, you know, women make bad policy too. And Nancy Pelosi obviously, you know, as the leader of the Democrats is somebody who's in a position, who has said that she will try and put in place the kind of legislation we know is bad for the country."

"If you look at the wave of young Democrats -- women, men -- many of them who have come in in this freshman class, you know, a lot of them are socialists," the Republican congresswoman insisted. "And they are proposing the kind of socialist economic policies we know is going to be incredibly damaging if it were ever to take hold in this country."

In the end, Cheney conceded, "We need to have diversity, but we also need to make sure we understand that just being a woman doesn't mean you're going to do the right thing."

"Yeah," Bartiromo replied. "I think this is a really important point that you make."