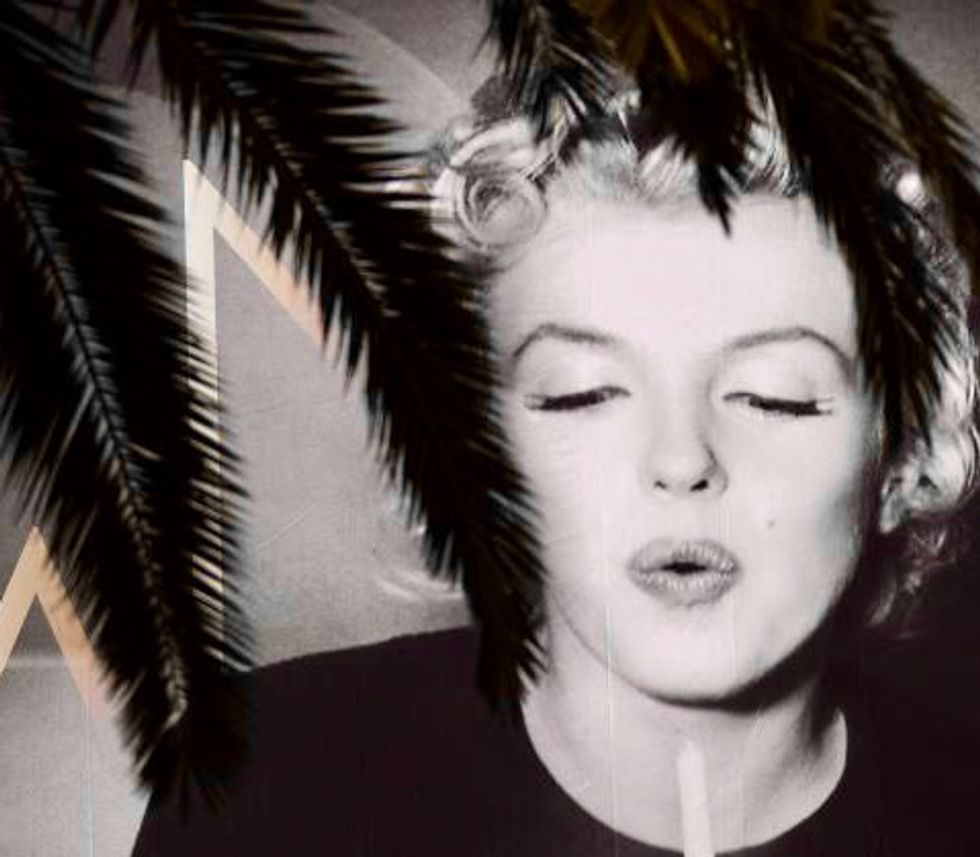 The official poster of the 65th Cannes Film Festival featuring U.S. actress Marilyn Monroe is seen on the facade of the Festival Palace in Cannes May 14, 2012. The Cannes film festival will run from May 16 to 27. REUTERS/Eric Gaillard

The 1961 award statue for World Film Favorite Female from the Hollywood Foreign Press Association made history as the highest selling Golden Globe sold at auction.

Monroe, one of the most collectible celebrities, was pictured driving in the car with her husband, playwright Arthur Miller, shortly after their June 1956 wedding.

The movie star owned the vehicle for six years until shortly before her death in 1962.

Darren Julien, president of Julien’s Auctions, said the car was “not only part of automotive history but comes with an aura of glamour, romance and tragedy of a true Hollywood legend.”

Monroe gifted the Thunderbird to the son of her acting coach, Lee Strasberg, in 1962.

The current owner, who wishes to remain anonymous, tracked the vehicle down through registration and other documents. The car has undergone restoration but retains many original parts.

Monroe’s copy of Playboy’s first issue with her on the cover, signed by publisher Hugh Hefner, sold for $32,000 along with almost a dozen other items owned by the iconic actress.

The auction also included items from other celebrities including pop stars Tina Turner and Cher.