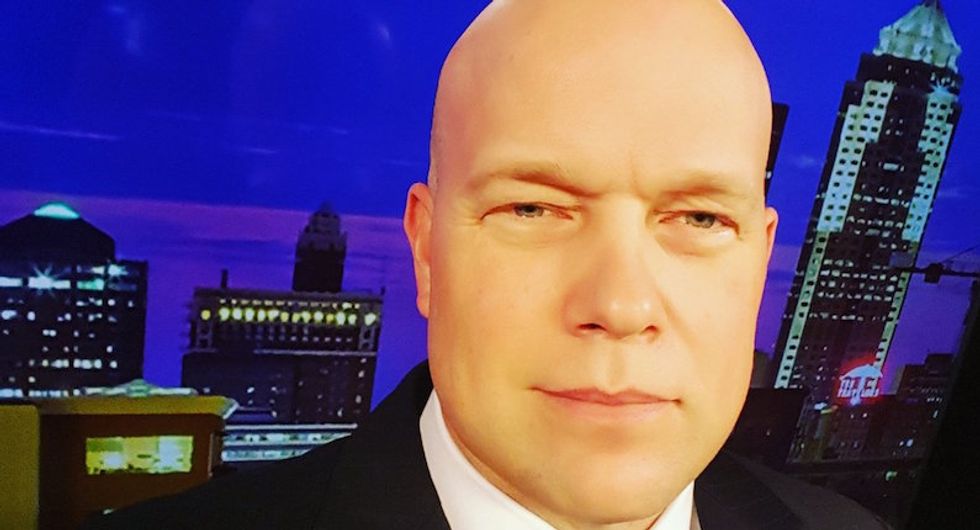 In his newly-uncovered application for a judgeship with the Supreme Court of Iowa, now-Acting Attorney General Matthew Whitaker bragged about his career as a tight end on the University of Iowa Hawkeyes football team.

Above the Law reported that in the 2010 application, which was uncovered by the American Bridge watchdog group, Whitaker mentioned football in four of the eight paragraphs he wrote.

"Matt received an athletic scholarship from Coach Hayden Fry and the University of Iowa," the now-acting AG wrote. "At Iowa, Matt played in 35 consecutive games during his Sophomore, Junior and Senior years, letting all 3 years he played. Matt was a three-time academic all-Big Ten selection and an academic all-American his senior year. Matt played in two-post season bowl games including the 1991 Rose Bowl."

When asked how he would "enhance the court," Above the Law noted, Whitaker again cited his tenure as a Hawkeyes tight end.

"My senior season of football was my first full year of law school and I already had completed my first year of coursework toward my MBA," the former chief of staff to resigned Attorney General Jeff Sessions wrote, adding that this experience showed his "strong work ethic."

You can read Whitaker's entire Iowa Supreme Court application via Above the Law and American Bridge.