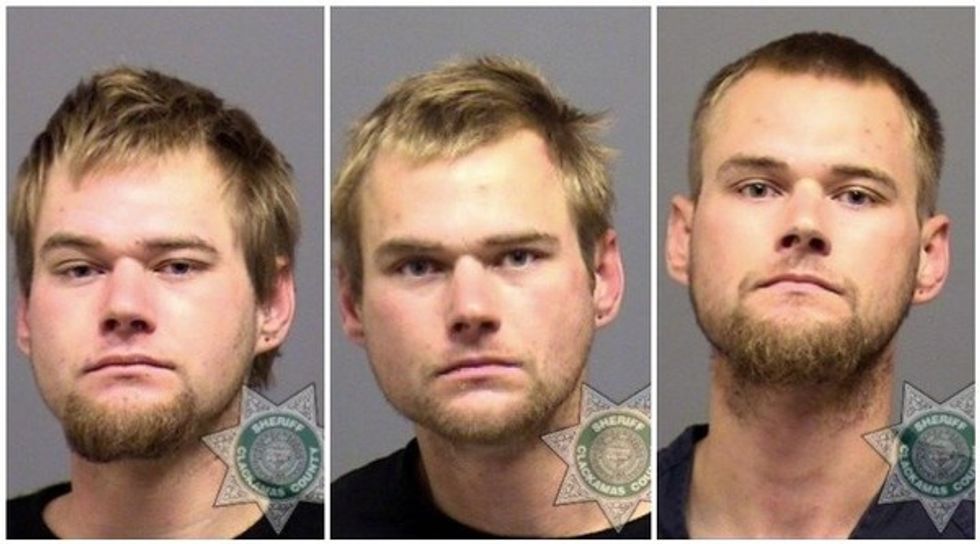 An alleged Oregon meth user held two of his friends hostage inside a Walmart -- and led to the store going into lockdown mode on Black Friday.

The Oregonian reported that police say Justin Eugene Godsy and two friends were getting high inside a stolen car in a Walmart parking lot in Vancouver, Washington, a suburb of Portland, Oregon, when he became paranoid and accused them of stealing drugs and money from him.

He decided to take the man and woman accompanying him hostage but after a while discovered the car's battery was dead, so he forced the male hostage to go inside to steal some jumper cables, the report noted.

Once the hostage was inside, he told employees what was happening and asked them to call 911 and sheriff's deputies arrived in an armored vehicle soon after.

The arrival of the police "spooked" Godsy and the other hostage, so they ran inside the store.

"Godsy later ran out of the store, scaled a freeway along Interstate 5 and eventually ended up hiding behind an RV," the report noted. He was detained a short while later and police found two firearms in the stolen car.