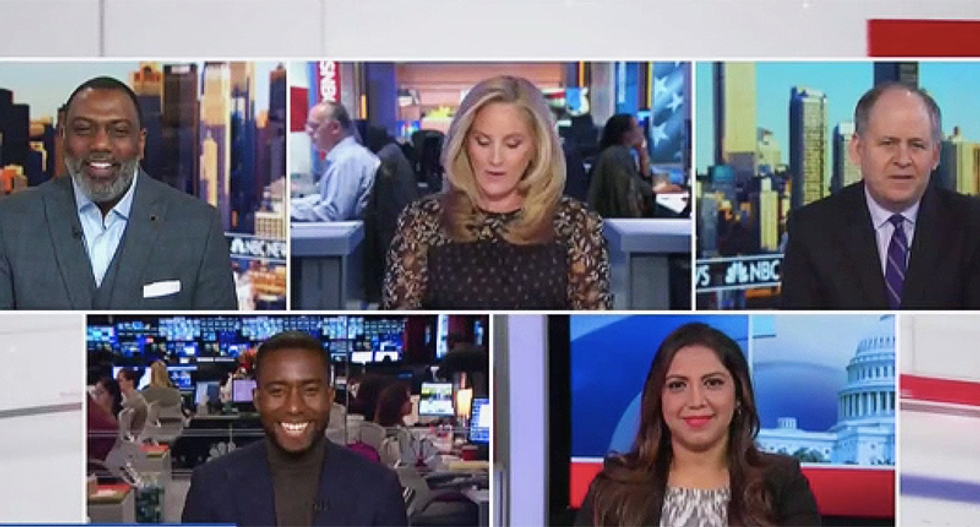 Just moments after President Donald Trump attacked Rep. Adam Schiff (D-CA) as "Adam Schitt," an MSNBC panel lambasted the president as nothing more than an immature than a bully on the playground.

"What he's saying is, in truth, 'I'm in a lot of trouble. I'm freaking out. The wheels are coming off with things here at the White House,'" said Daily Beast columnist Jonathan Alter. "'And, hey, I've got a lot to hide and I'm nervous about it.' So, you have to kind of know that he's a liar who's told more than 6,000 lies already in his presidency. You watch that through that lens."

Republican strategist Shermichael Singleton explained that as a political aide the goal is to help protect your official from coming off unfavorably. That's generally why the White House sends out surrogates to speak on cable news.

"I think a lot of mistakes are being made here," Singleton said. "I question the folks running that political shop in the white they need to do a better job at protecting their principal but right now they're not."

Democratic strategist Basil Smikle noted that the president is obviously desperate to pivot from his failures of the election and the series of process stories about his mood being hostile.

The president lashed out Sunday afternoon on Twitter after watching Schiff on the morning shows, and at least one panelist blasted it as immature.

"The main thing is the president of the United States is once again acting like an 11-year-old boy," Alter said. "Kind of a dumb bully on the playground with dumb jokes who nobody respects even inside his own party even though they have to pretend to. We've got two years to put up with this."