MSNBC analyst: 'My biggest fear is the next time we get a Trump, it will be someone who can read' 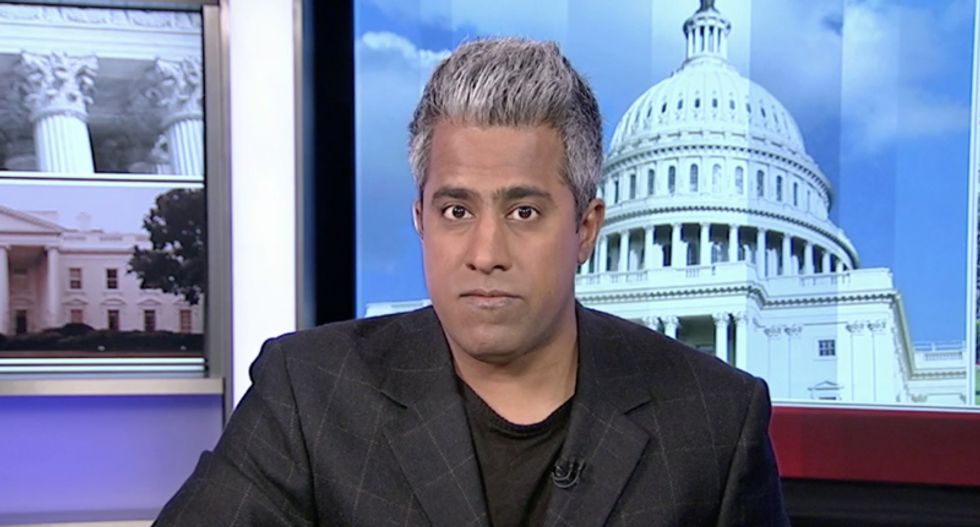 MSNBC political analyst Anand Giridharadas on Wednesday said he was worried about America's future, saying that President Donald Trump has permanently destroyed the norms and social mores that hold the country together, setting the stage for a more competent demagogue to do even worse damage.

"Large parts of this government have proven themselves to be resilient to the worst of Trump's instincts," Giridharadas said. "However, I think a country like ours is also held together perhaps even more by soft institutions, by norms, by culture, by values."

Giridharadas said that Trump's attacks on the press and his profanity-laden tirades targeting his co-equals in Congress and the courts had "destroyed, perhaps irrevocably" American norms of behavior.

"There will be leaders in American life, going forward there will be people running for office who now operate in the norms sphere that he ran," Giridharadas said. "My biggest fear is that the next time we get a Donald Trump in this country, it will be someone who can read."