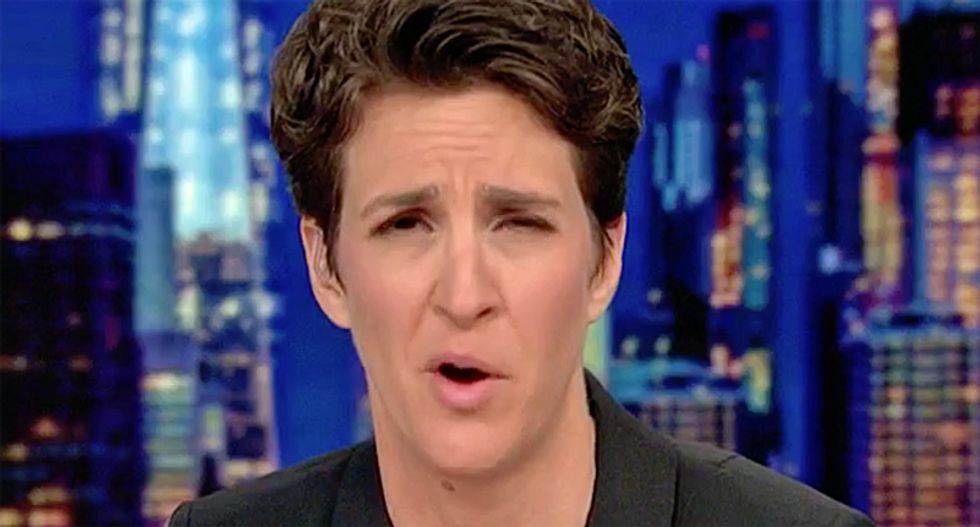 As the GOP rallies behind claims of "voter fraud" and Democratic election-stealing in Florida, MSNBC's Rachel Maddow noted that it's not the first time the party has promoted such a theory — and revealed where it may have come from.

Ahead of the 2016 election, Maddow reported, Trump confidante Roger Stone created a political organization called "Stop the Steal." In late October 2016, reports revealed that the group planned to do what the host called "their own fake exit polling" after the general election "in case Trump lost."

"They wanted to be able to show, in their fake exit polls, that really, Trump won, and the whole thing had been stolen," Maddow said.

Stop the Steal's plan "happened to dovetail exactly with what the Russian military intelligence campaign that targeted our election planned to do in the event of a Trump loss as well."

When the intelligence community released its assessment of Russia's electoral interference, Maddow noted, the report said the operation "planned to shift its messaging if Trump lost and [Hillary] Clinton won, to say that the Democrats had stolen the election and Trump was the real winner."

In May 2018, reports emerged that special counsel Robert Mueller began probing Stone's "political entities" and others associated with him and people close to the Trump campaign began getting subpoenas.

The angry GOP protesters claiming Democrats in South Florida are attempting to "steal" the election, Maddow noted, "are being organized under that same Stop the Steal banner" organized by both Stone and Russian operatives in the case of a Trump loss in 2016.

"They didn't end up having to use it in 2016 but they're trying it on now to see how it works in Florida," the host said. "And as far as we can tell, it's not just the same signage and the same slogan. At least on the Republican side, it appears to be the same people personally who are involved in trying to pull this off."

The host then played a clip of an MSNBC producer speaking to an operative in Florida who admitted he works for Stone and called the Trump confidante "a good friend."