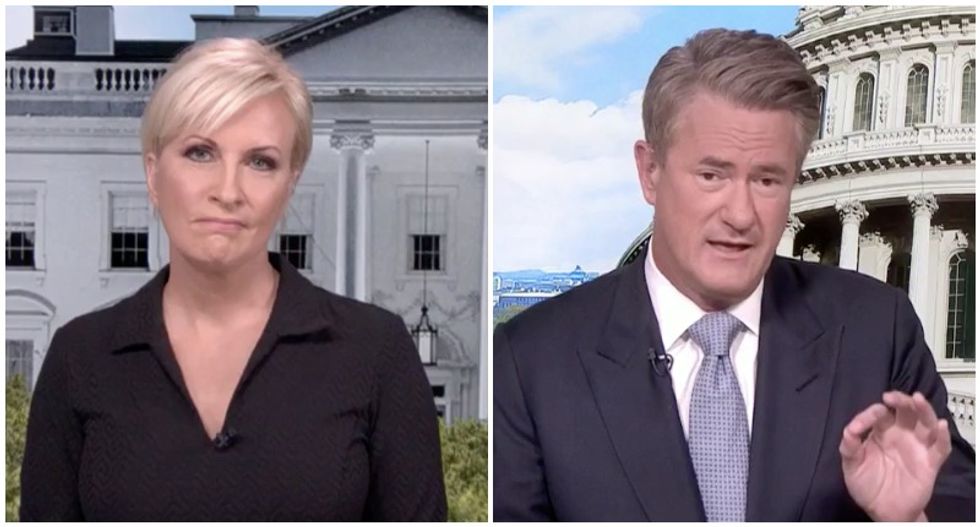 MSNBC's Joe Scarborough and Mika Brzezinski unloaded on their old friend Ivanka Trump, whose use of private emails for government work was revealed by the Washington Post.

The "Morning Joe" hosts rolled a supercut video showing many of the times President Donald Trump hammered Hillary Clinton for committing the same act, which was often punctuated at rallies by crowds chanting, "Lock her up."

"No one is expecting her father and his constitutionally challenged followers to start screaming for Ivanka to be locked up, but it is not too much to hold Ivanka Trump to the same standard of skepticism and the same standard of inquiry that we demanded from the press in over a year in the case of Hillary Clinton?" he said.

"We have no idea if what Ivanka Trump's lawyers are saying is true, any more than we had any idea whether what Cheryl Mills was telling us about Hillary Clinton's emails are true or not," Scarborough added. "We just don't."