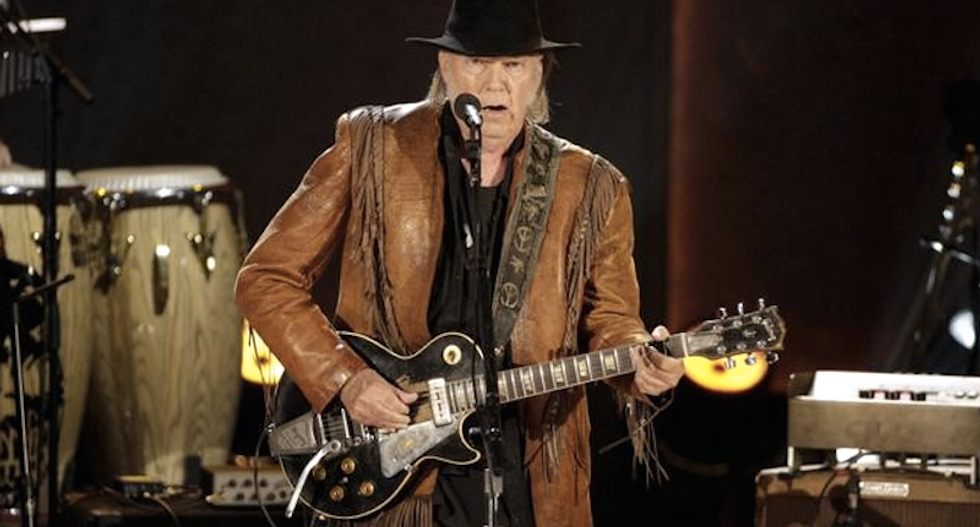 Singer-songwriter Neil Young confirmed rumors that have persisted for months, saying he is indeed married to actress Daryl Hannah.

Young revealed the marriage on Wednesday with a brief reference to “my wife Daryl” in a post on his web site about his song “Ohio,” which he wrote in 1970 to protest the shooting deaths of four student protesters by the National Guard at Kent State University in Ohio.

There has been speculation since August that Young, 72, and Hannah, 57, who had been dating since 2014, had married.

Young’s web site post accompanied the release of a new video of “Ohio” that he is using to promote “common sense gun laws” ahead of U.S. national elections set for Nov. 6 and to criticize the National Rifle Association, a lobby group devoted to supporting U.S. gun rights.

The issue of gun ownership has become one of the most contentious in U.S. politics with conservatives adamantly opposed to any limitations on their constitutional rights to own firearms.

“Give us common sense gun laws that protect our people, in schools, in places of worship, in the workplace and on the streets,” wrote Young who is a member of the Rock and Roll Hall of Fame for his solo career, as well as his work with Buffalo Springfield.

Earlier this year, Hannah, whose film credits include “Blade Runner” in 1982 and “Splash” in 1984, made her debut as a feature film director with “Paradox,” a playful fantasy Western shot on a shoe-string budget and starring Young and fellow musician Willie Nelson.