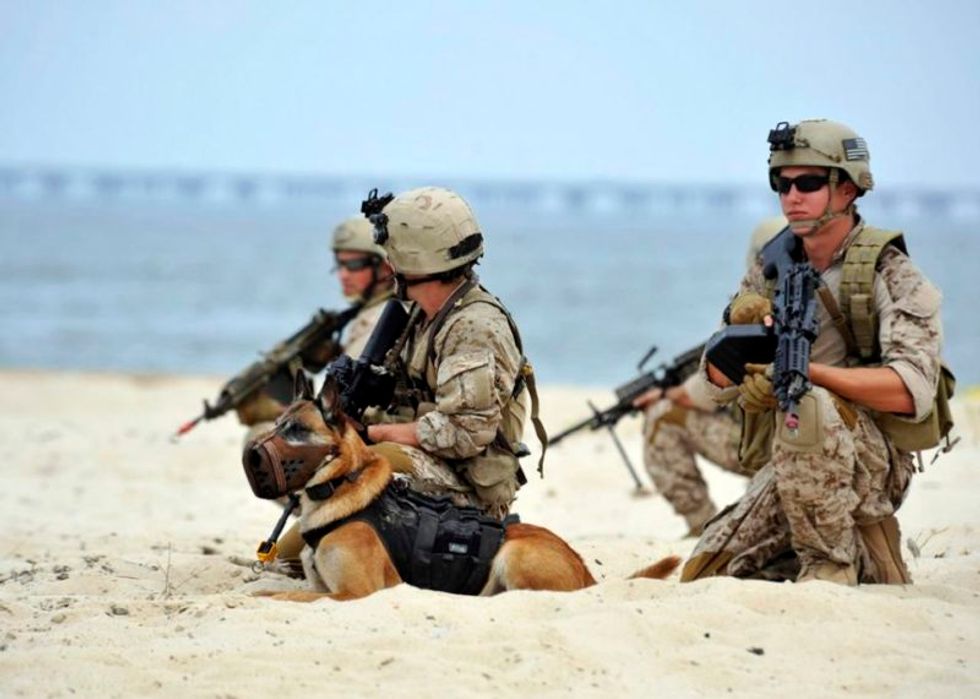 A Navy SEAL is being charged with murder after allegedly shooting noncombatants in Iraq, CNN reported on Friday.

Edward Gallagher is being charged with stabbing a wounded person and for posing for a photo in front of a dead body, a violation of the Uniform Code of Military Justice, during his deployment in Mosul, Iraq, in 2017.

"We train and operate in dynamic, complex and ambiguous environments and our operators are empowered and trusted to independently make difficult decisions during missions," Lawrence said.

The Navy SEAL also allegedly shot at innocent civilians near Mosul in June and July of 2017, respectively. The charges say he obstructed justice by "attempting to discourage members of his platoon from reporting his actions while in Iraq."

The Navy also charged Gallagher with "flying a drone over a human casualty and wrongfully," and taking painkillers.