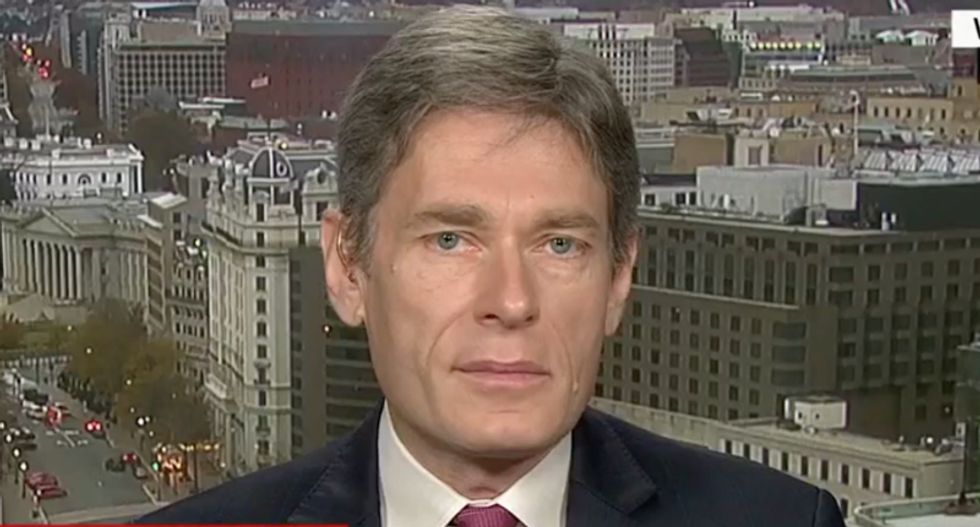 Congressman-elect Tom Malinowski (D-NJ) told CNN on Friday that the United States needs to pass sanctions punishing Saudi Arabia for the murder of Washington Post journalist Jamal Khashoggi, or other dictatorships will feel empowered to murder their dissidents on foreign soil.

““Saudi Arabia reached out across its borders and murdered somebody that was lured from the United States to go into one of its embassies in Turkey,” Malinowkski reminded anchor Alisyn Camerota after she downplayed the seriousness of the crime. “This is something we cannot allow to become the new norm, dictatorships killing their critics on foreign soil.”

“The U.S. has thousands of refugees from countries like Russia, China, and Saudi Arabia, who are critics of those governments,” he added. “Do we want them to start being murdered in Washington, New York, Paris and London?”

Malinowski also rejected Camerota’s notion that sanctioning Saudi Arabia would “blow up” the alliance, saying the country needs the United States far more than we need them, especially to rein in Iran.

“This is not about blowing up the relationship, it's about sanctioning an individual,” he said. “It's about separating a relationship with Saudi Arabia from our relationship with this incredibly volatile dangerous and unpredictable young man who is campaigning to be the ruler of the country for the next 50 years.”