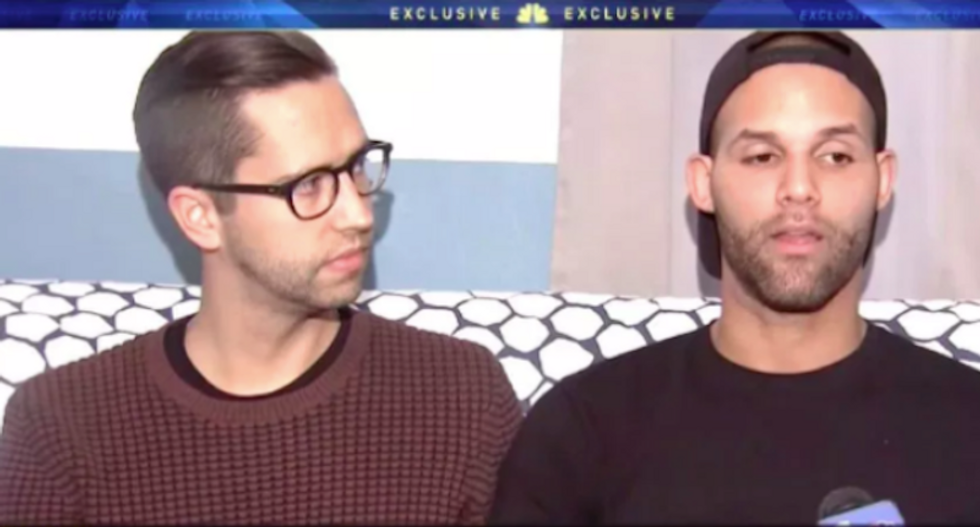 A gay couple in New York claims that their Uber driver hurled homophobic slurs at them after they shared a brief kiss. The encounter with the driver then turned violent, when they tried to exit the vehicle and he sped off, dragging one of them behind him, reports Queerty.

Taray Carey and his husband Alex Majkowski say they shared a brief kiss in the back of an Uber, prompting the driver to start yelling at them.

When Carey tried to step out, the driver allegedly sped up. Carey's clothing got caught in the car and he was dragged along the street, leading to scrapes and other injuries.

Majkowski was able to escape the vehicle. When they called police to report the incident, they claimed officers shrugged off that attack.

“The police laughed,” claims Carey. “[One officer] said, ‘You probably deserved it.’ It was insult to injury.”

“What’s been reported is very concerning to us,” the company says. “Uber does not tolerate any form of discrimination. The driver’s access to the app has been removed as we continue to investigate.”