'Not sure what he was thinking': Watergate prosecutor baffled by Trump's 'strange cast of characters' 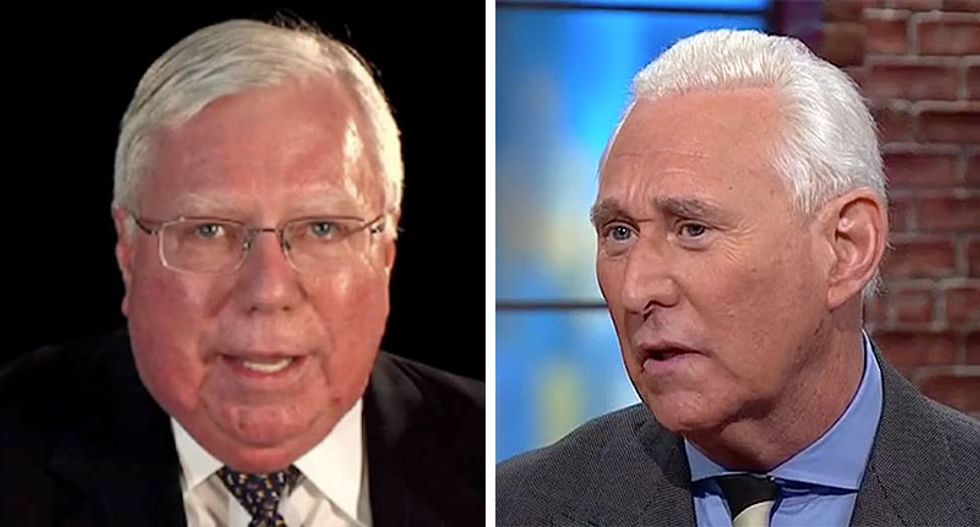 "It does seem a little bit strange, I'm not sure what he was thinking," Wine-Banks noted.

Wine-Banks explained how Corsi limited his legal defense options by going on YouTube to say he thought he would be arrested.

"He can't now say that it was actually accurate, that the prosecutor is wrong in saying that it's perjury, because it is accurate," she said.

"So it's a strange situation," she noted. "But we have a strange cast of characters in this whole episode."

Former federal prosecutor Glenn Kirschner explained how things would likely play out now that Mueller had Corsi and Stone in his sights.

"I mean, they are playing games with the special counsel, and it looks like what those games have now earned them are at a minimum prosecutions for perjury or for false statements," Kirschner explained.

"They are playing a dangerous game, and just like we saw the special counsel go after Rick Gates, break Rick Gates and that was a vehicle to help get Paul Manafort charged, and ultimately in the stable as a cooperator, we see the same thing now playing out with Mr. Corsi," he noted.

"He will break ultimately, I predict, that will lead to Roger Stone," he continued. "He will likely break -- unless he wants to go to prison -- and then beyond that, we're going to have to wait and see where the special counsel takes the investigation."