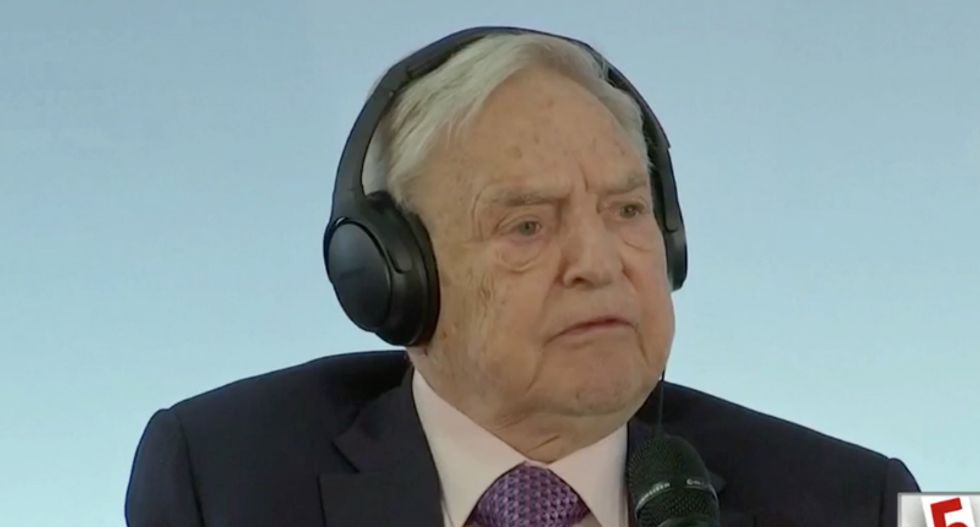 New York Times reporter Ken Vogel on Thursday told MSNBC that the far right's longstanding hatred for billionaire George Soros was going mainstream because President Trump is "a consumer and spreader of conspiracy theories". He added that while the left has its own bogeymen, their suspicion of right-wing billionaires isn't driven by anti-Semitism.

"We see it sort of moving to a new level in the Trump era because the president himself is a avowed and longtime consumer and spreader of conspiracy theories " Vogel said of the growing hatred for Soros that Trump has helped to feed. "But also because the American right has ventured sort of further into the fever swamps of conspiracy peddling that was once merely the sole province of talk radio and the darker fringes of the internet."

Host Katy Tur wondered if there was an equivalent campaign on the left attacking conservative donors like the Koch brothers.

"I think there is some of the same targeting and actual concerted efforts to target the Koch brothers," Vogel replied.

But he added, "you didn't see the anti-Semitic overtone because the Koch Brothers aren't Jewish. [Y]ou also didn't see it really veering off into a way that was embraced and used as an election time issue."