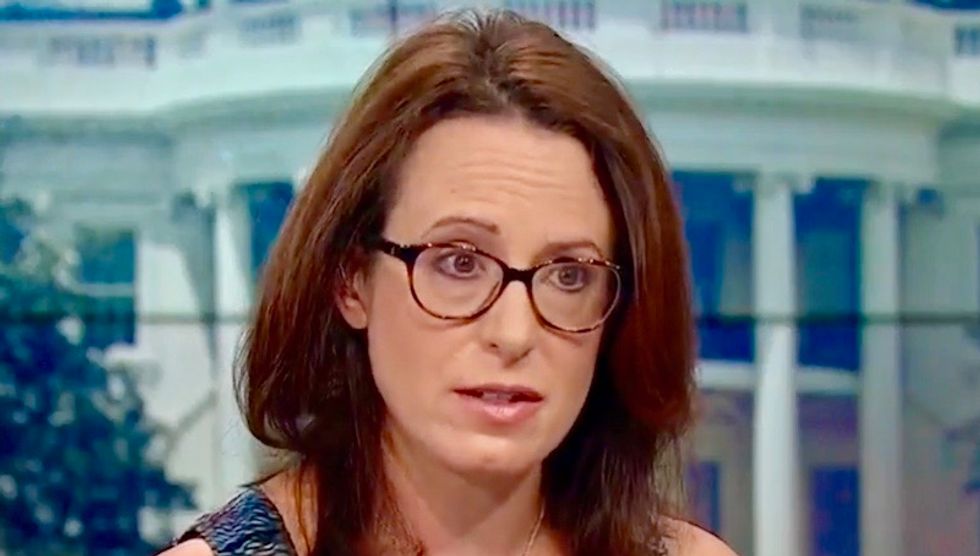 New York Times reporter Maggie Haberman noted that President Donald Trump is not supposed to tweet about the special counsel's investigation because it ultimately causes him greater legal problems. Instead, the president began the day going where his lawyers have asked him not to go.

"So the president, there has been lots of reporting that the president's mood is quite dark," CNN host John Berman began. "There is all sorts of different influences from Melania to the midterms. What's your reporting on where he is today?"

Haberman said her take is similar to those reporting the president is outright "pissed" at anyone and everyone, including the first lady.

"But I think we're missing the part that is significant right now about his mood, which is he has spent three days with his lawyers preparing answers to questions from the special counsel Robert Mueller, who he has been tweeting about with abandon this morning," Haberman said. "I think that there are a combination of things making his mood dark."

She urged not to look too deeply into the "presidential mood ring" and instead look at what he's actually doing.

"What this could end up impacting right now is what he says in those questions, how he approaches the special counsel in what his advisors insist they believe is the end stages of the Mueller probe and it could impact what he does with his staff," she continued.

According to her reporting, Trump was with his lawyers for 10 to 15 hours with still another day to come.

"I think that is fascinating, especially reading what he is writing this morning, the highest level of a vitriol of Bob Mueller, by name, that the inner-workings are a total mess," said host John Berman. "And I will note he may know more about the inner-workings now because Matt Whitaker is overseeing the investigation. But this is a little bit new from him."

Haberman agreed, saying that Trump has obviously stepped up his attacks, after being told that he should refrain from saying anything about Mueller.

"There was a time frame when his lawyers had gotten him not to tweet about Mueller," she said. "That was their big accomplishment. 'Just don't talk about the special counsel. You can tweet about anything else.' That didn't work. 'But you can tweet in this lane. Don't tweet in this lane.' And he, a few months ago, started tweeting about Robert Mueller pretty frequently. He raised these conflicts that almost everybody believes are imagination but he insists are real and should be disqualified."

She said Trump was venting about those things privately, but now he's taking them public.

"The fact that this is how he is reacting after several days with his lawyers going over written responses from written questions to Mueller I think is pretty telling about where his head is," Haberman explained.

She went on to say that anyone who says they know where this is going is "making it up" and anything is possible.