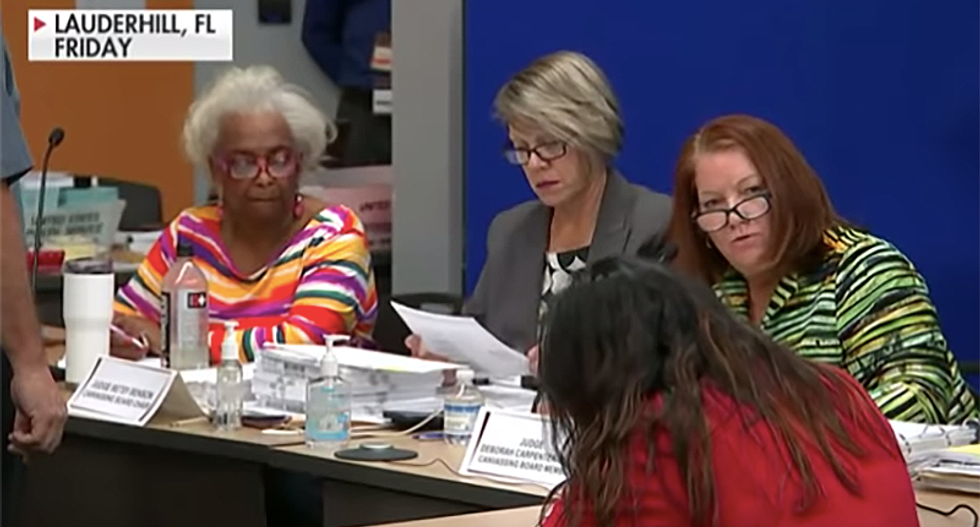 Notoriously large and Democratic Palm Beach County, Florida won't be able to count all of the citizens' ballots by Thursday's deadline, according to CNN.

If citizens thought their votes would be counted as cast in Florida, it seems once again the state's laws are coming in conflict with democracy itself.

"It's impossible," said Palm Beach County Supervisor of Elections Susan Bucher when asked if it would be possible to finish the recount by the deadline.

The machines sort ballots from easily countable ballots and those with additional marks on them that may not have been originally counted as they were cast.

At the same time, Gov. Rick Scott (R-FL) is attempting to stop the ballot counting, remove a Broward county official and seize ballots and vote-counting equipment.

According to the communications director for the Florida Department of State, if the county doesn't submit the results by the deadline, "then the results on file at that time take their place."

"If they're not able to meet the deadline, the secretary of state of Florida may go ahead and certify the elections for our candidates," Barnett said. "In that case, you can bet your butt there will be lawsuits filed everywhere."

Thousands of Floridians may not have their votes counted, including many members of the military, who had to have their ballots postmarked by election day. If those ballots didn't come in by the deadline, two days later, they too are not able to be counted either.